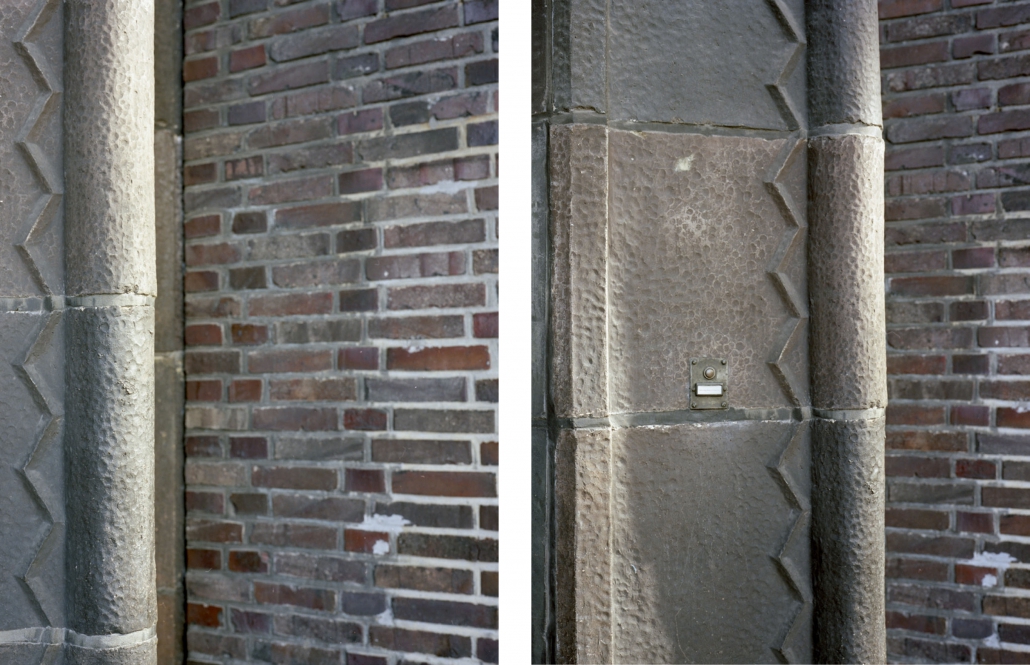 A central motif in Rebecca Wilton’s work is the exploration of historical superimpositions in both urban and rural environments seen in buildings, public spaces or in nature. Her work process resembles archaeological examinations in which she traces the cultural inscriptions of a location, making them visible by photographic means. In a carefully chosen pictorial language, she uncovers the layers of time that every site reveals. Wilton’s archaeological approach is particularly apparent in her series “Wiesen” (Meadows). Each of the motifs shows an undeveloped grassy area, its ruderal appearance seemingly untouched by the intrusion of civilisation. The image caption on the passepartouts, however, reveals that the respective motif goes back to the former site of a castle which has disappeared structurally: it does no longer exist. The spectator’s knowledge of what was once manifest creates the impression that individual traces of the past might indeed be discovered in the grass. This explains another aspect of Rebecca Wilton’s work: the difference between that which has taken place and that which is known, and their superimposition in the photographic image. Where do representation and that which is represented overlap? Where do they drift apart? Wilton’s probing interest focuses on the tension-filled nexus of knowledge and experience, of showing and seeing, which takes place in the photographic field. In this way, she attains the core of photographic representation: forms of making visible are doubted, and semantic determinations undermined. In “moderngothic”, her new series of works, Wilton explores the architecture of early high-rise buildings. Her departure point is the lobby of the Deutschlandhaus in Berlin, in which the original architecture merges with signs of later usage to create a web of historical references. The building structure from the 1920s bears superimposed traces of renovations from the 1960s. Extensive use of the building was made by the Federation of Expellees (Bund der Vertriebenen) which can be seen, for instance, in the mural depicting the city of Wroclaw in a comparable past condition. Out of these traces, Wilton develops a chain of associations which she links to further examples of early modern high-rise architecture. Delving into the preserved past of the mural, she portrays what is shown in the picture – the former Sparkasse building that still exists in the town hall square in Wroclaw today. In a circular fashion, details of this architecture lead to further early high-rise buildings in Düsseldorf, Hamburg or Cologne. Wilton’s carefully positioned views of buildings are contrasted with comparative shots of details and side scenes. Through repetition and subtle shifts or displacements in her close-ups, Wilton thematises photography as a technology of seeing and showing on the basis of which the indissoluble fault lines of photography can constantly be read: the status of the images remains modifiable. 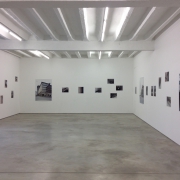 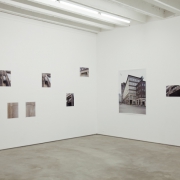 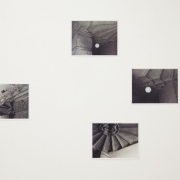