This exhibition will feature new paintings on paper and canvas, and the film, The Map Is Not the Territory. In this new body of work, many of Maier’s painting titles have been taken from Dave Brubeck song titles: Time Out, Time Further Out, and Time In. “The ability to play with this sense of time and space is what allows Maier her unique aesthetic distance. In painting, she gives the viewer strange, thrilling experiences from which to ponder the invisible forces that bond. If the works appear to mimic outer-space, it is because they carry the same basic ingredients that make up the universe.”

“According to the artist, a childhood in Munich and an education at the University of Applied Arts in Vienna put her in close proximity to works by Kandinsky, Franz Marc, and the Blaue Reiter artists of the early 20th century. Closely associated was the Paris-based couple Robert and Sonia Delaunay, who called their abstract experiments in circular forms ‘simultanism.’”

The Map Is Not the Territory is Maier’s first live action film. The first Moon Walk serves as both metaphor and unifying theme for this work. Herein the artist plays her alter-ego: A helmeted space-rider mounted on a horse walking languidly across two unknown planets following a series of blinking lights that mimic the outline of the first Moon Walk. The path is mirrored in the sky as a star constellation. This strange juxtaposition of scientific and quasi-religious imagery becomes then an emotional vehicle for us to consider our own place in the cosmos.

In coining the phrase, “The map is not the territory,” Polish-American philosopher Alfred Korzybski argued that human knowledge of the world is limited by the structure of language. Or, as Carl Sagan said, “Our understanding of the cosmos begins in the mind.” The Brooklyn-based Maier here turns communication into a political game when the space-rider plants her own imprinted flag into the ground, staking claim upon the territory. As if to further exemplify the tragic weight of Western history, the space-rider follows a bright comet shooting across the night sky, implying that mankind’s interstellar manifest destiny is not exempt from man’s long-sought spiritual enlightenment.

Maier has already filmed and will soon edit the follow-up to The Map Is Not the Territory, a second live-action film entitled The Placeless Place. It will not be finished until 2016, though still photos from the production will be included in this exhibition. The Placeless Place was filmed in NYC: in Times Square (Manhattan), beneath the Williamsburg Bridge (Brooklyn), and Corona Park (Queens), home of the 1964-65 World’s Fair.

Ati Maier currently lives and works in Brooklyn, New York. Her 3D video animation was included in the Fokus Bienial in Lódz, Poland. Her work is part of the permanent collections of the Museum of Modern Art (NY, NY), among others, and has been included in exhibitions at the Whitney Museum of American Art (NY, NY), at Städtische Galerie Wolfsburg (Wolfsburg, Germany), and the Herbert F. Johnson Museum (Ithaca, NY). 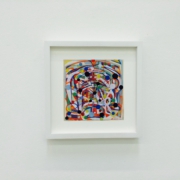 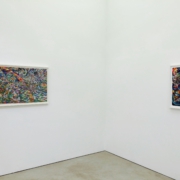 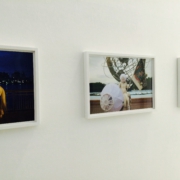 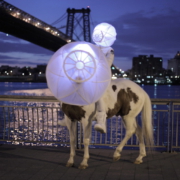 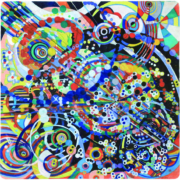 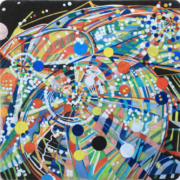