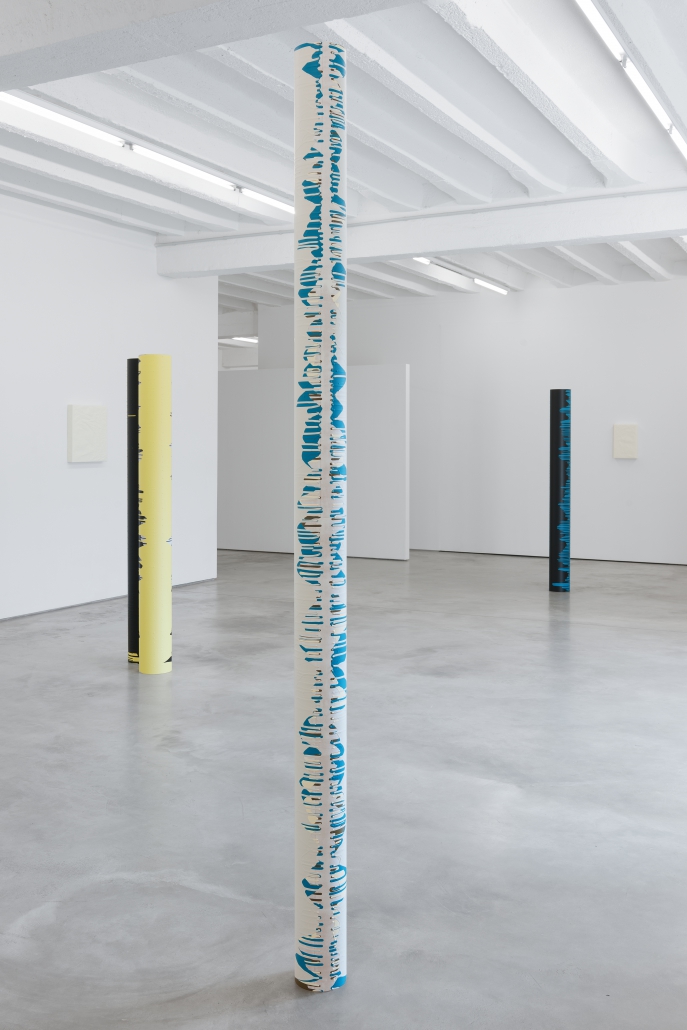 Tilo Schulz (*1972) is an artist, a curator, and a writer. Since the mid-1990s, he has been considered one of the most active and influential artists of his generation. Now, two years after the exhibition “squatting. erinnern, vergessen, besetzen,” which he curated for Temporäre Kunsthalle Berlin with Jörg van den Berg, Galerie Jochen Hempel presents his solo exhibition “blank.” Two new series of works, “pipes” and “untitled (strokes)”, are shown for the very first time complemented by three extensive groups of works spatially dispersed throughout the exhibition – namely, the two series of drawings “Walking through the fields of history” and “Looking at the mountains of desire” as well as the series of pictorial objects entitled “Your head is not my prison.”

The visitor enters a room that welcomes him with a sense of discrete withdrawal and emptiness. Works of the series “Your head is not my prison” are sparsely arranged on the white walls. Variously crumpled pieces of paper covered with acrylic paint and then padded with upholstery material lose themselves on the white walls as relatively small, cream-colored paintings; they confront the visitor, however, in their deliberate status as objects. Approaching them, their nature as objects becomes charged in an abstract-physiognomic way. The extremely varied ‘portraits’ raise questions about the relationship between the self and its counterpart. They represent the other and the self, the subject and the object, the mirror into which one looks, the counterpart which one must confront.

Schulz ultimately intensifies this ‘emptiness’ in the transition zone connecting the two exhibition rooms. This is where “pipes,” the new group of works, is concentrated. Wooden pipes or tubes up to 2.5 meters in length and painted in different colors stand or hang close to each another, and the visitor must move through this intense albeit fragile spatial density. The initial feeling of spatial expansiveness is followed by a threatening constriction, almost an intimacy. In contrast to the confrontational encounter with one’s counterpart in the portrait objects, the pipes withdraw themselves through the reduction of their vertical elongation and, above all, through the circular development of their painting. Demanding a constant state of movement from the spectator, the (pipe-)picture can never be captured as a whole.

The very concentrated, consciously empty atmosphere in the exhibition room is complemented by three inserts which each show a selection from the series of drawings “Walking through the fields of history,” “Looking at the mountains of desire,” and “untitled (strokes)”. ‘Hidden’ behind movable walls, the drawings are presented in small niches, short dead ends, or narrow passages. Unlike the exhibition space as such, where the visitor must consciously cross large areas in order to walk from one object to the next, Schulz is here enforcing an intimate form of viewing. The visitors step close to the fine, minimal brush drawings, testifying that Tilo Schulz is an illustrative artist with a great affinity to painting.

A resolute ambivalence is inscribed into all works. They are at times drawing and painting, painting and object, or individual picture and part of a series; they sometimes either provoke proximity or require distance; at times they directly confront the spectator or create spaces in which perception loses itself. Yet in the face of these works, the visitor is always forced to resituate his/her position, both spatially and mentally. Carefully directed by Tilo Schulz, the visitor attains a sense of certainty as he/she stands (or walks) and sees (or contemplates) a way through this exhibition. Rarely does one find such an enduring, implicitly political aesthetic approach. 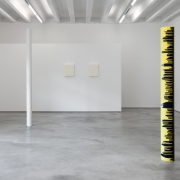 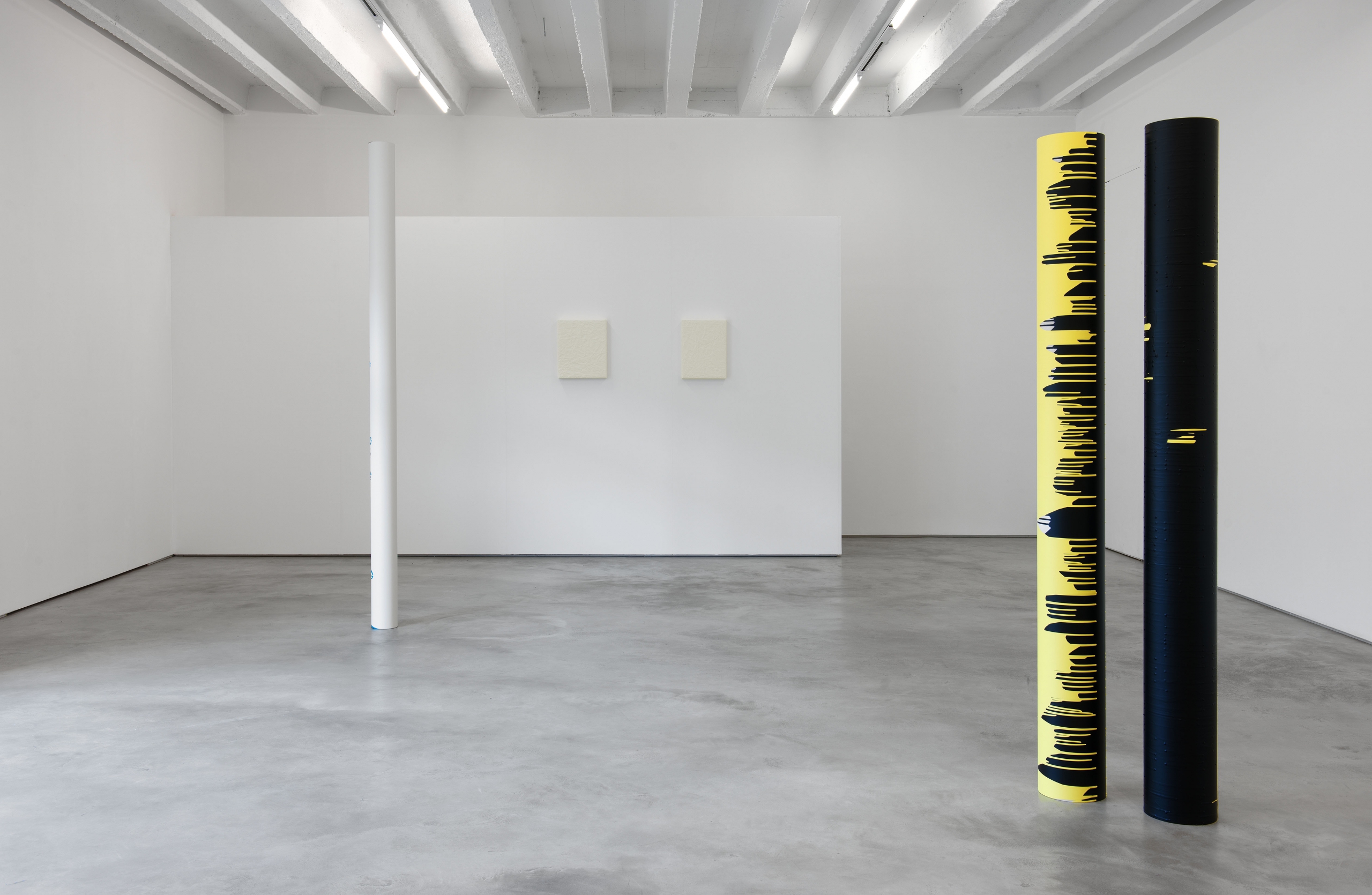 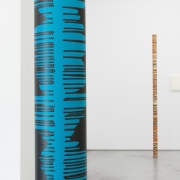 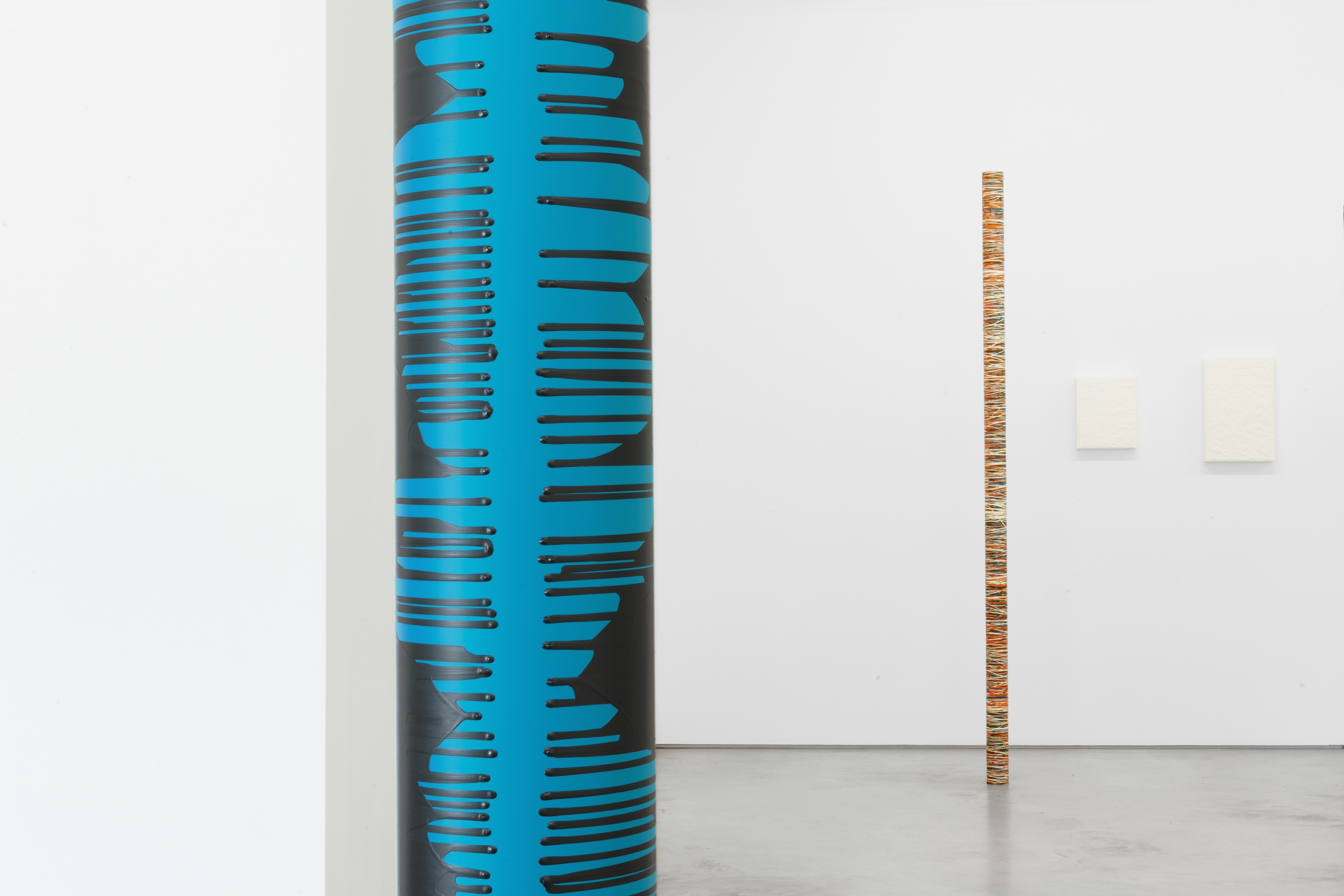 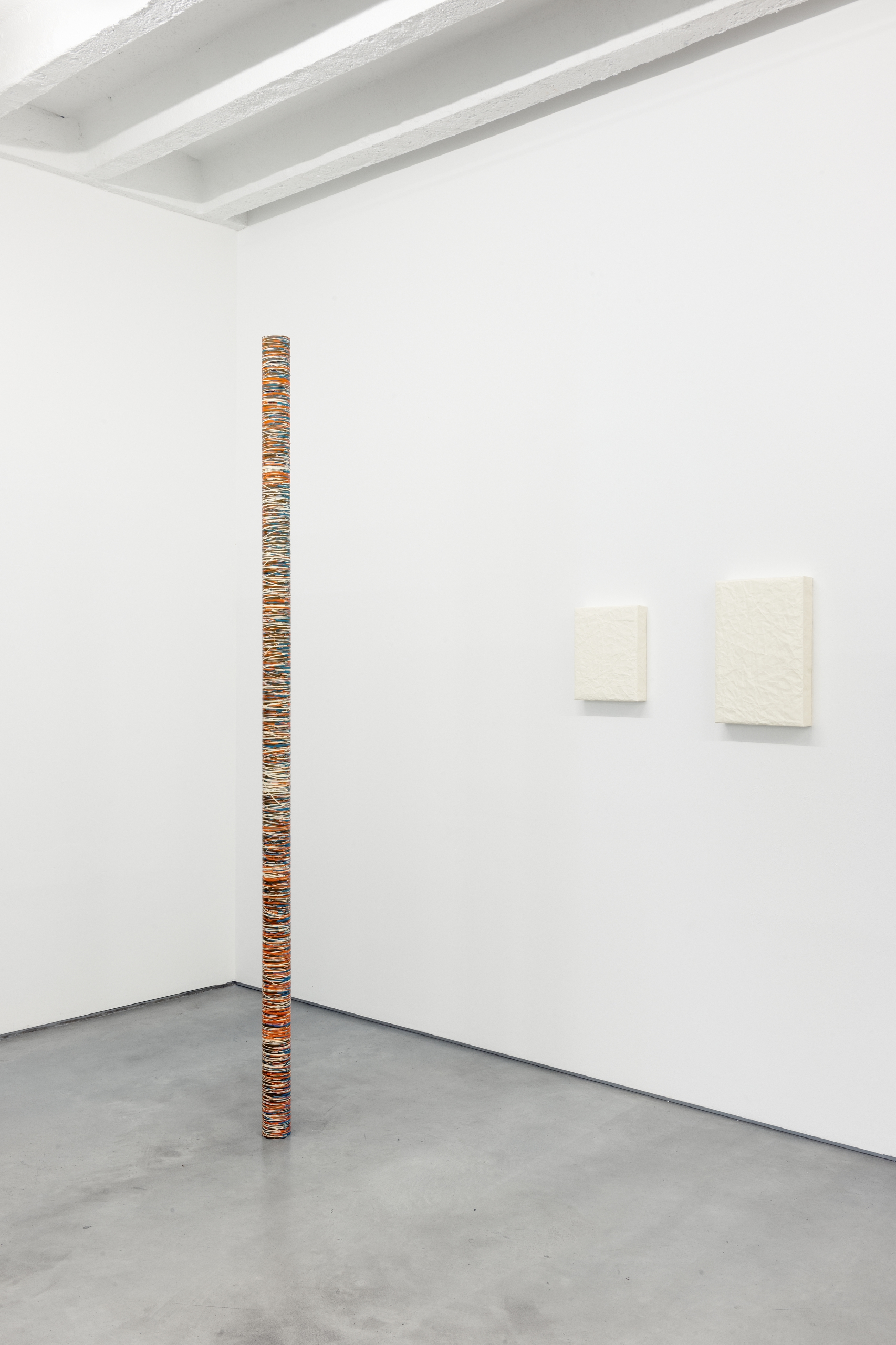 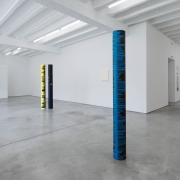 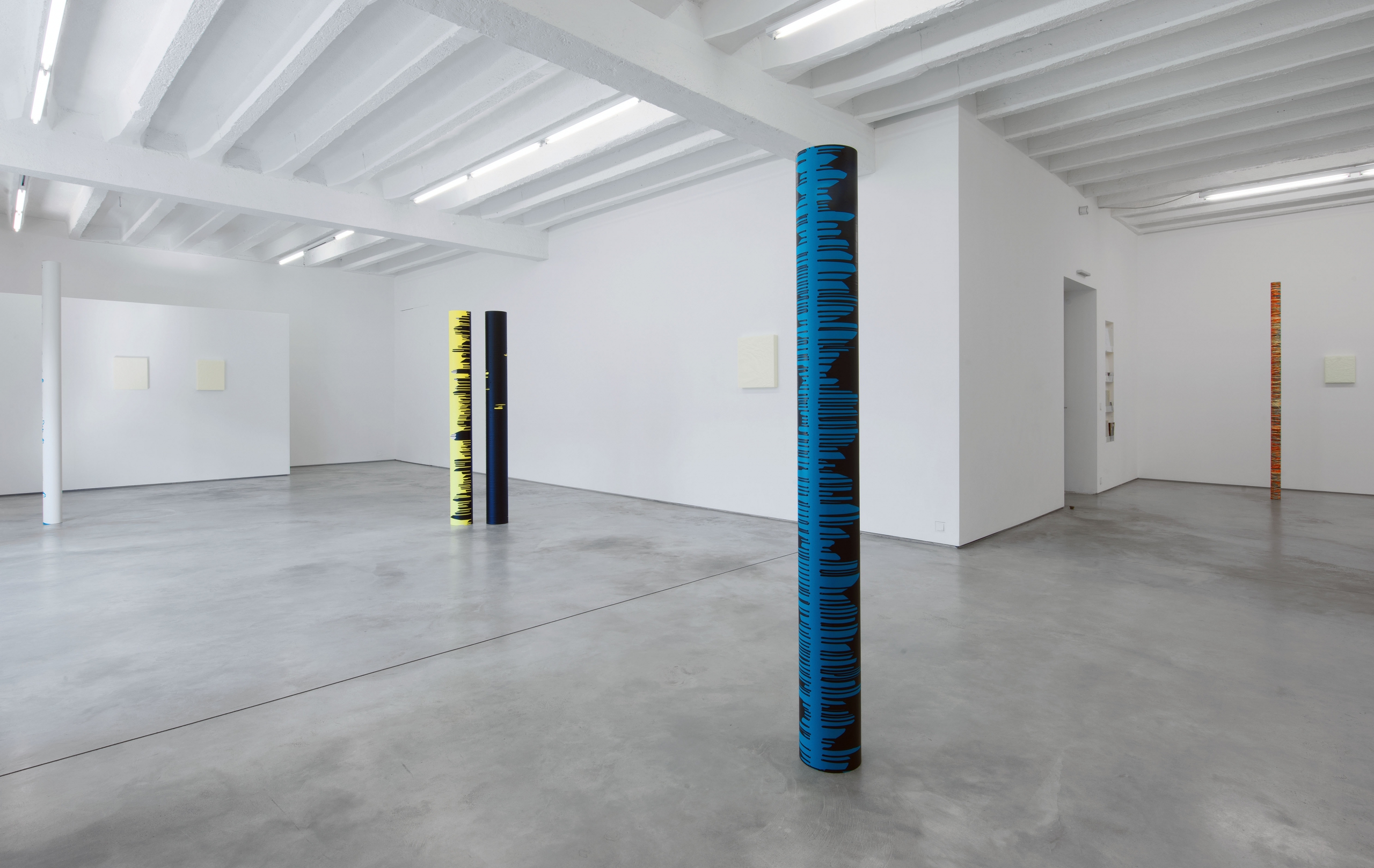 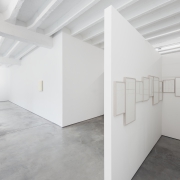 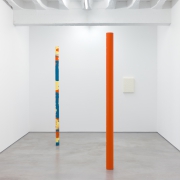 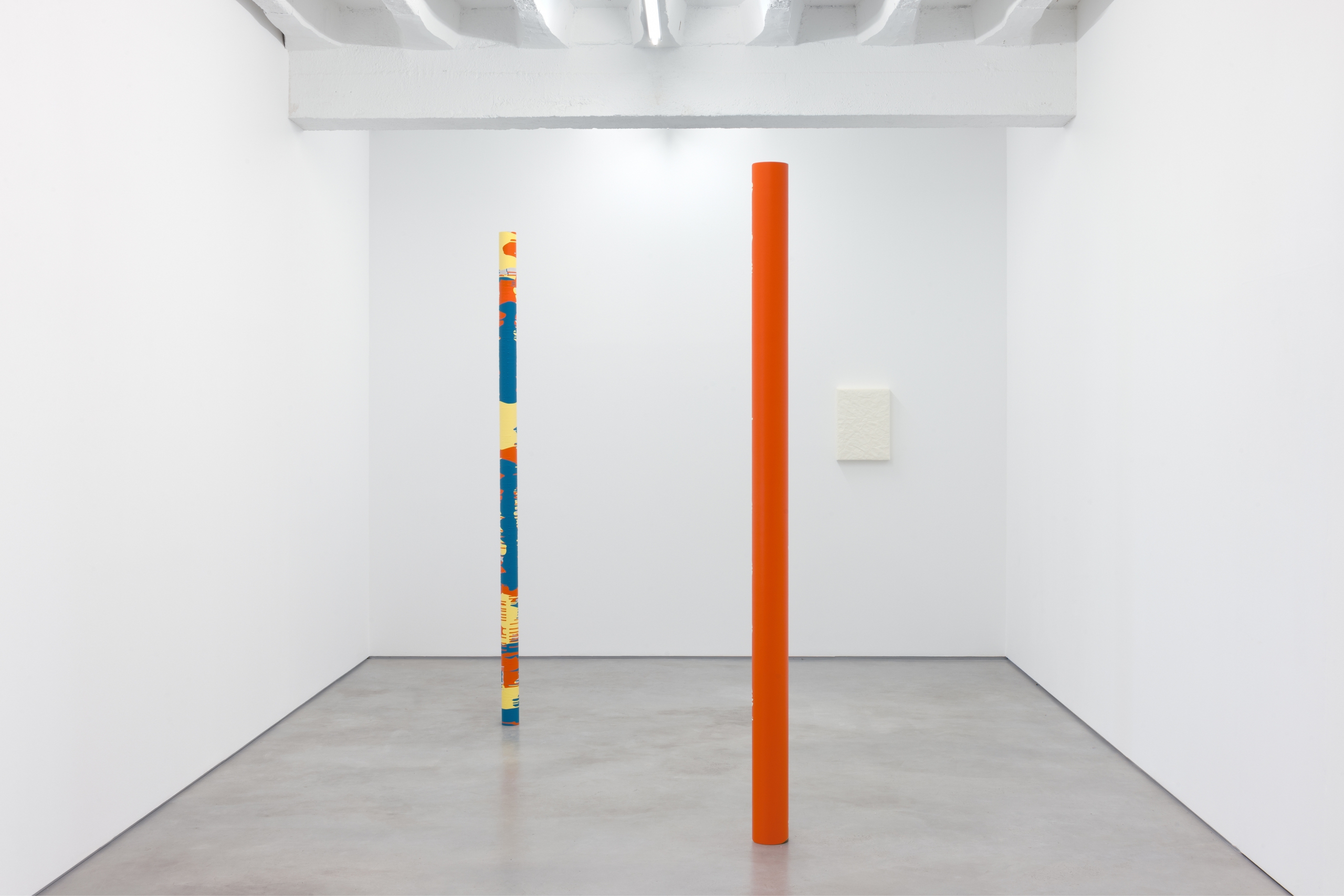 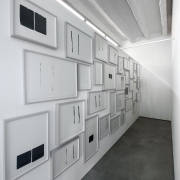 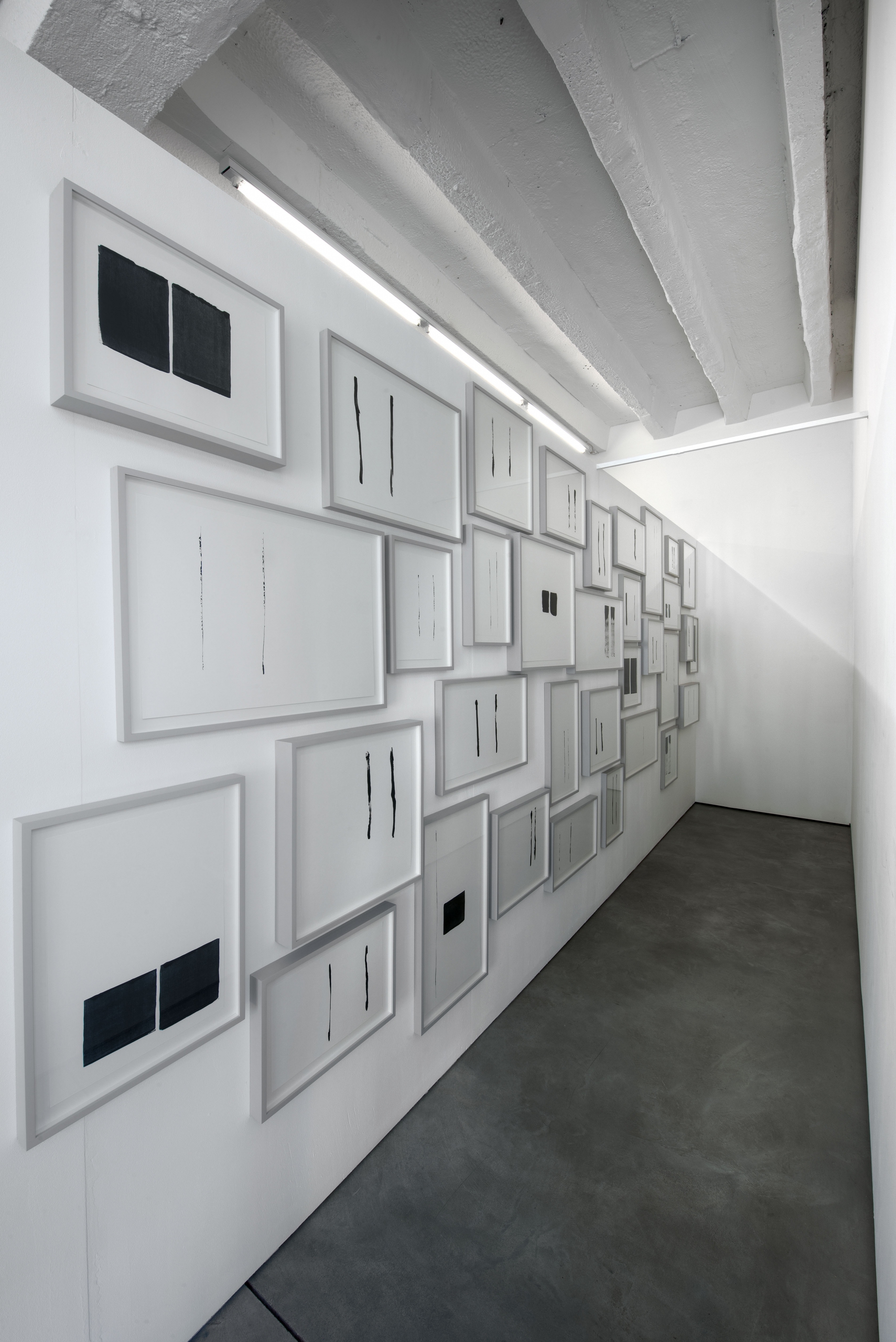 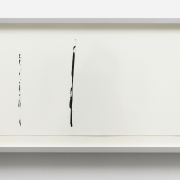 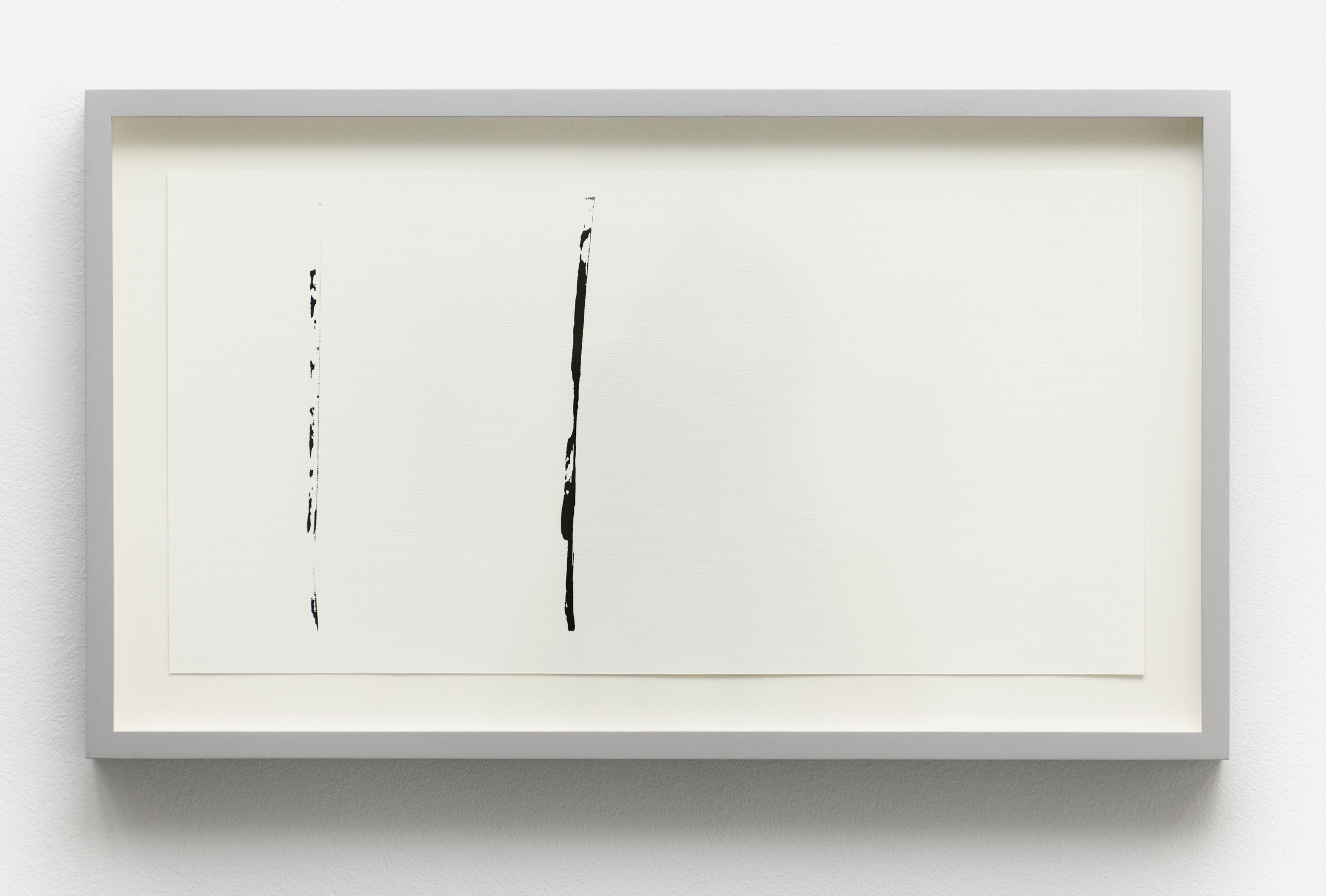 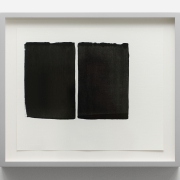 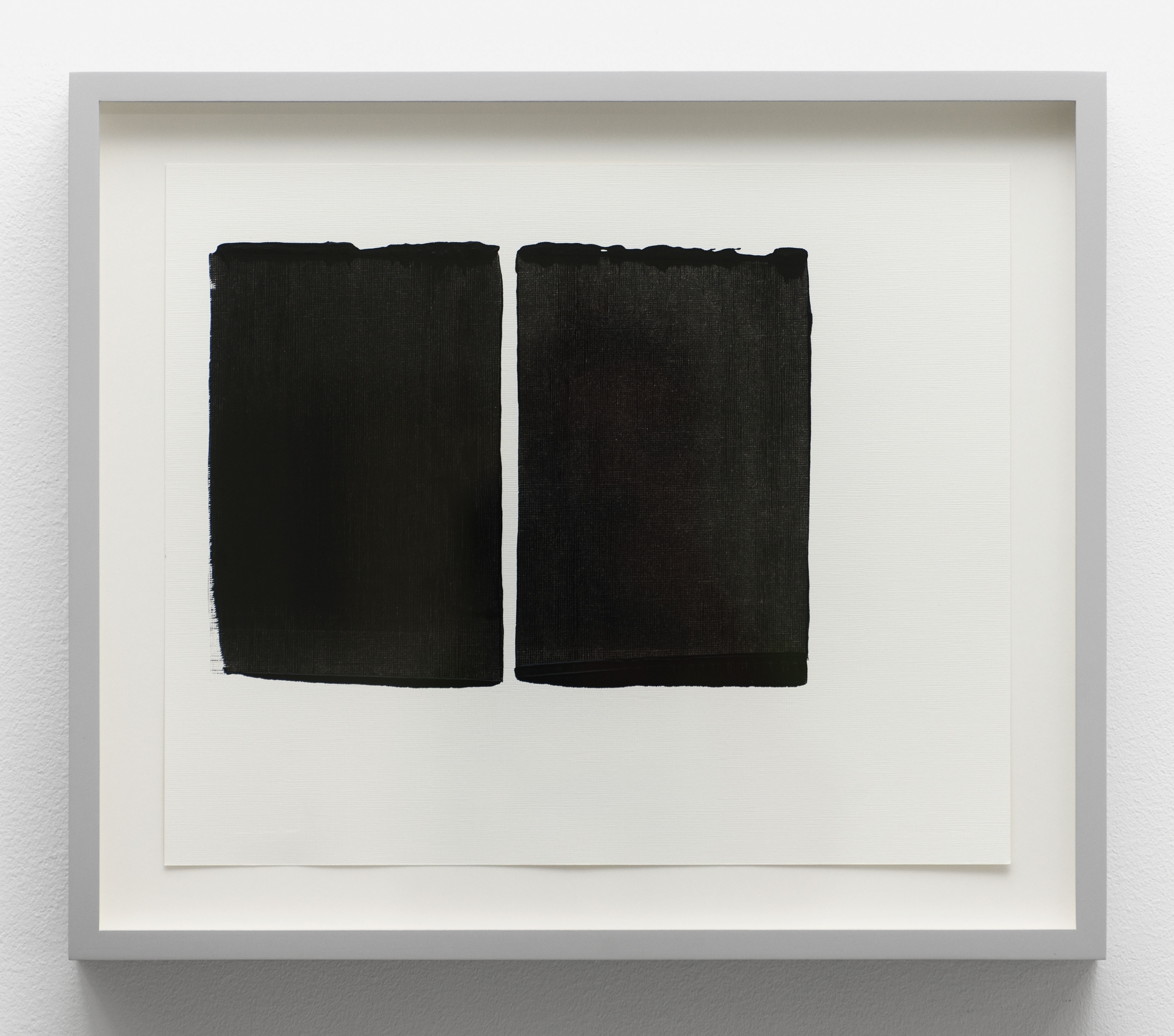 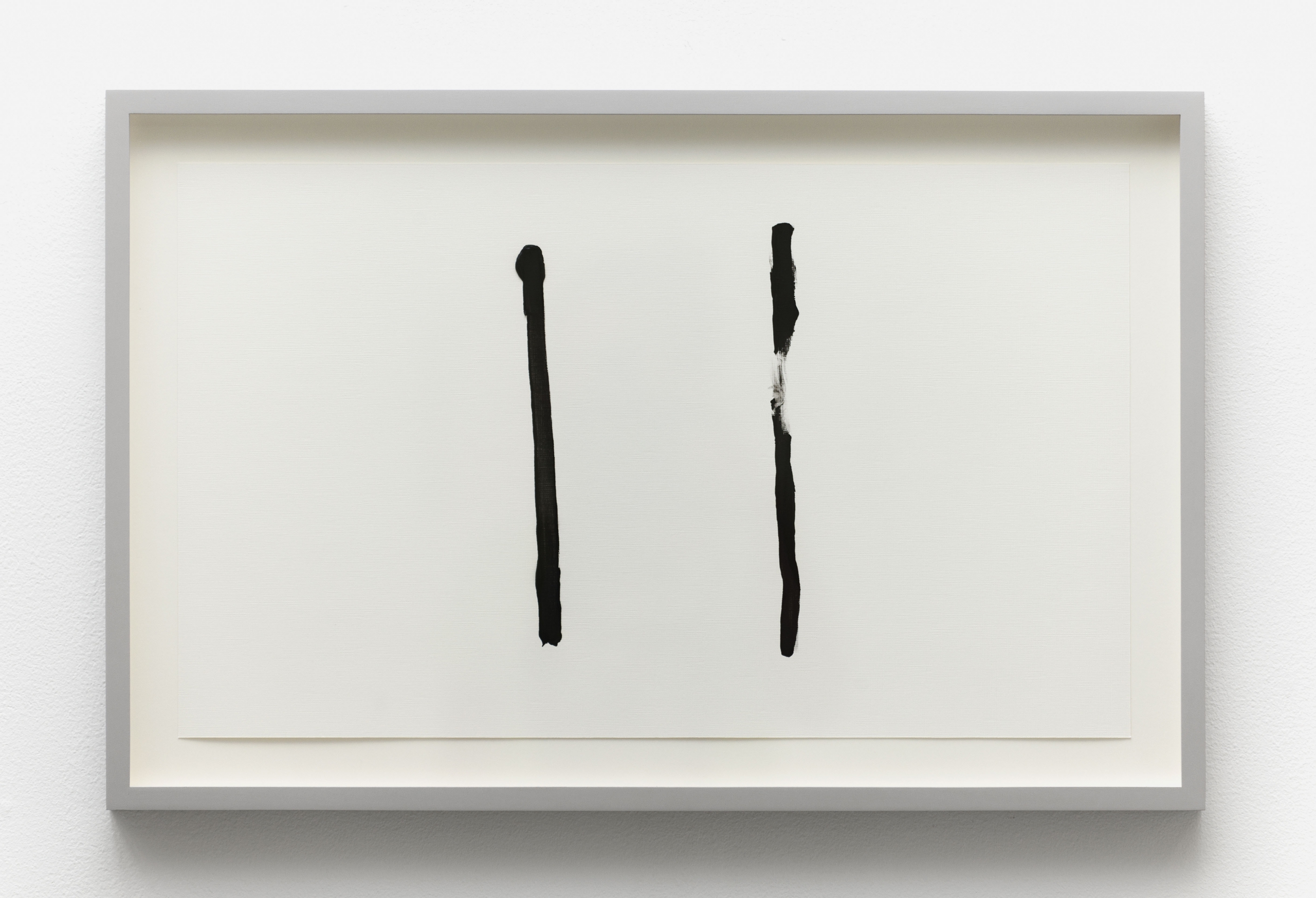