Schirin Kretschmann’s installations allude to painting and create elementary physical experiences. A fleeting materiality that often seems improvised unfolds in a play of multilayered synaesthetic perceptions, which, in today’s digitalised world, are largely suppressed by virtual acts of compensation.

For her first solo exhibition at Jochen Hempel Gallery, the artist has applied several formats of dubbin onto the walls of the gallery with a lustre ranging from light blue to black – the characteristic smell of the grease filling the rooms. The formats are subject to ongoing transformation, as the dubbin gradually penetrates the surface of the wall, resulting in clearly recognisable halos that extend beyond the original outlines of the material. At the same time, the structures of the walls and traces of earlier exhibitions become visible.

Kretschmann’s dubbin works also combine a large group of framed photograms into a composed spatial installation which the artist has captured with the help of split-second movements of a light source across photographic paper: the concentration and dissolution of light and shadow.

Finally, the supposed union of contradictions – the fluid and the solid, the fleeting and the stable – embodies the mobile sculptures that represent a third element of the installation and seem to float just over the gallery floor. Here, too, the production process indicates a distinctive transformation of the original material: in the course of the hardening process, carts were set into the liquid ‘material puddles’, the ‘carriages’ thus placing the hardened areas into relationship with the surrounding space.

Each one of these three interconnected groups of works is an examination of time and space, revealing the very different way each particular material was used as well as its specific effect on sensorial perception. 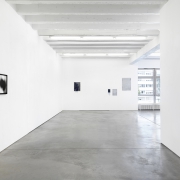 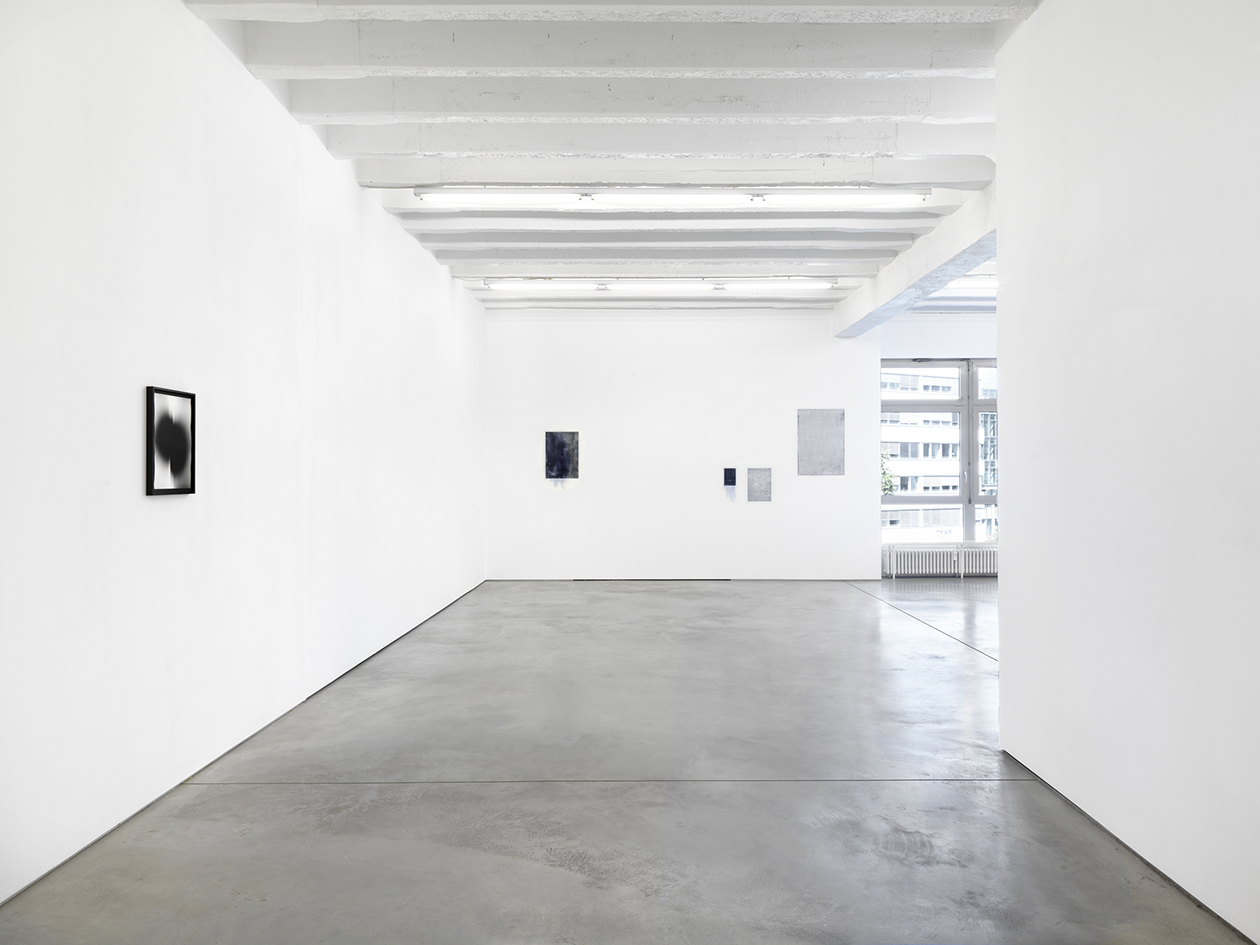 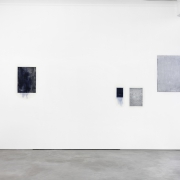 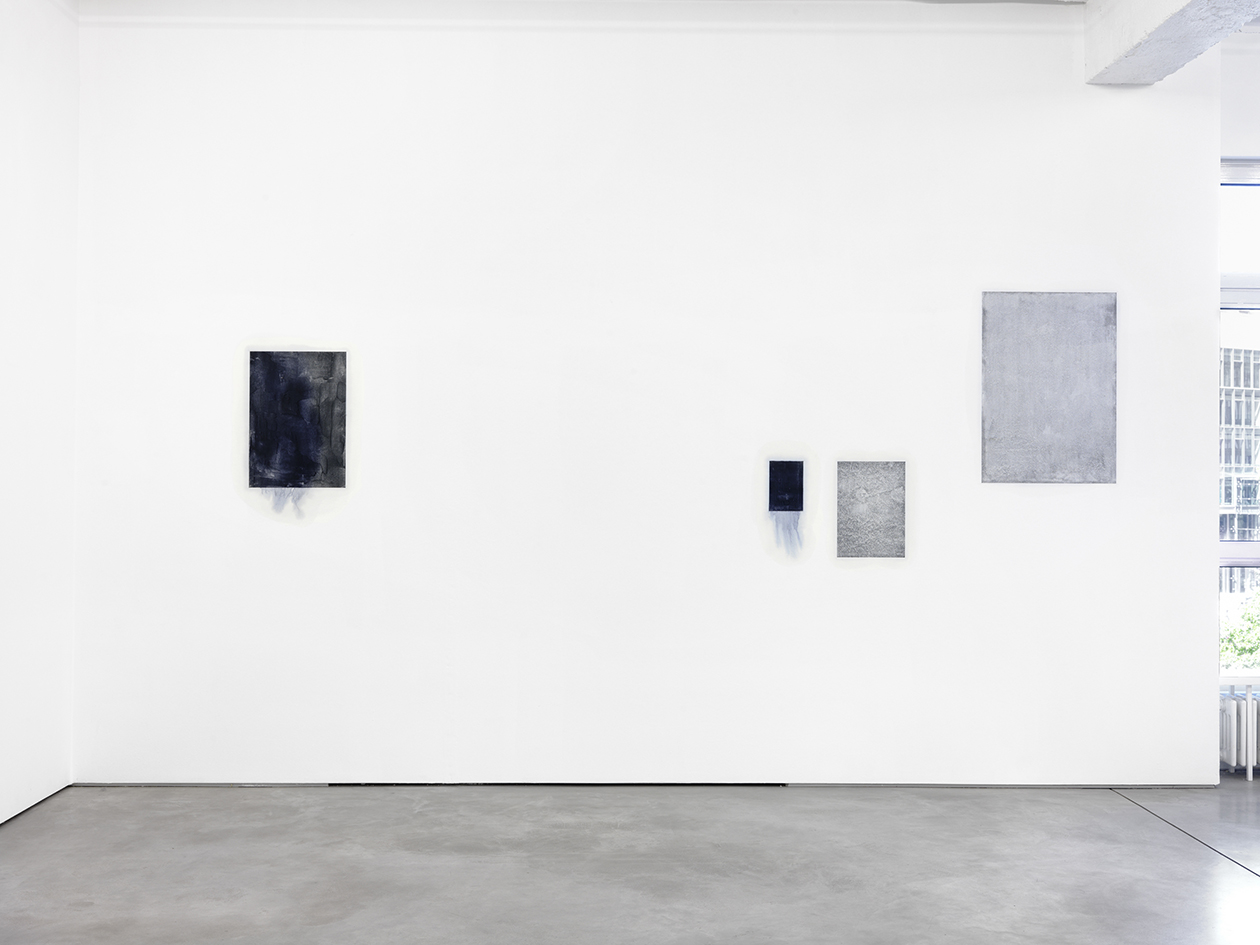 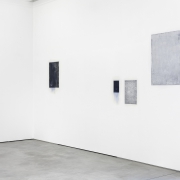 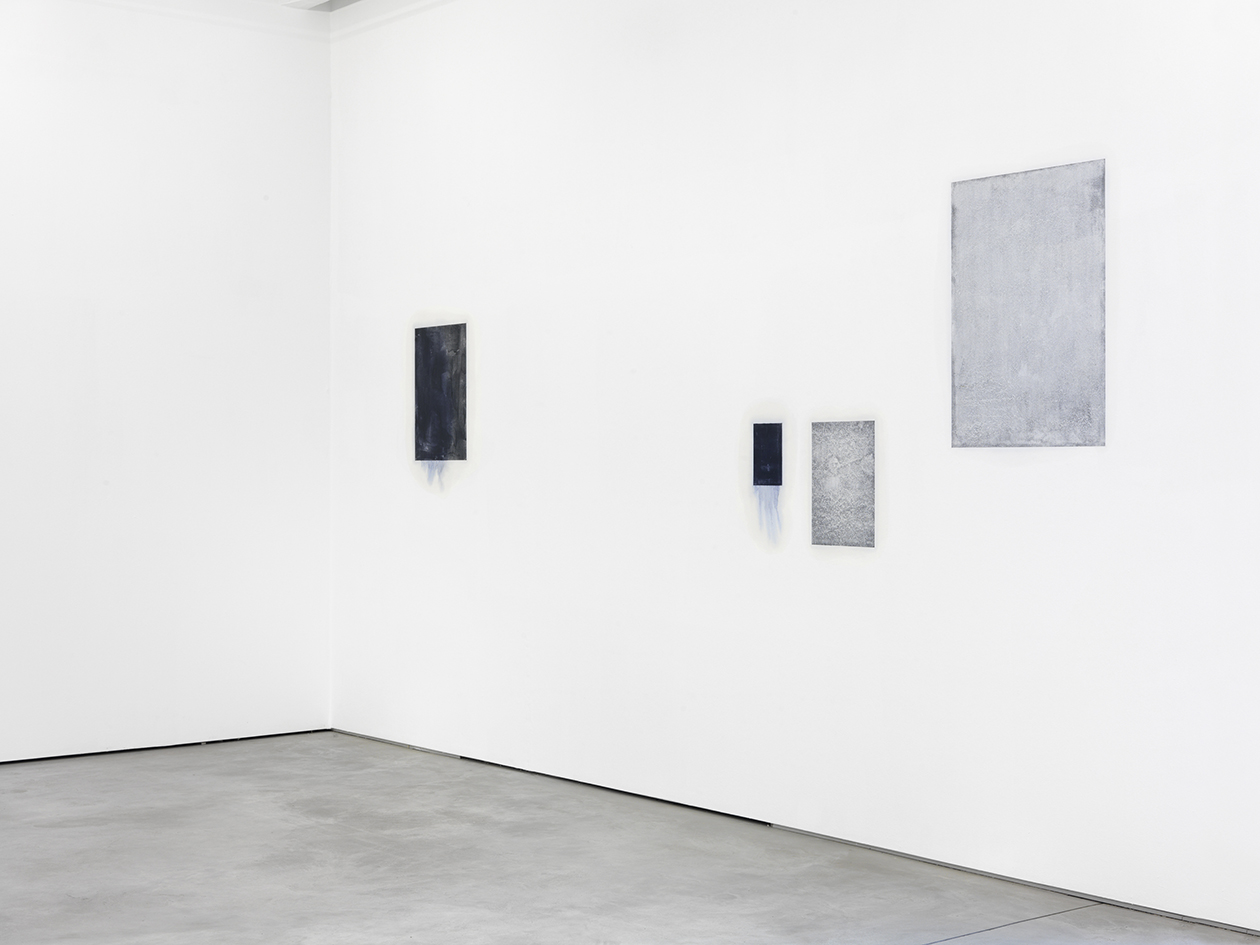 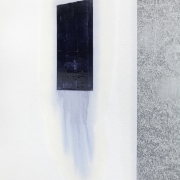 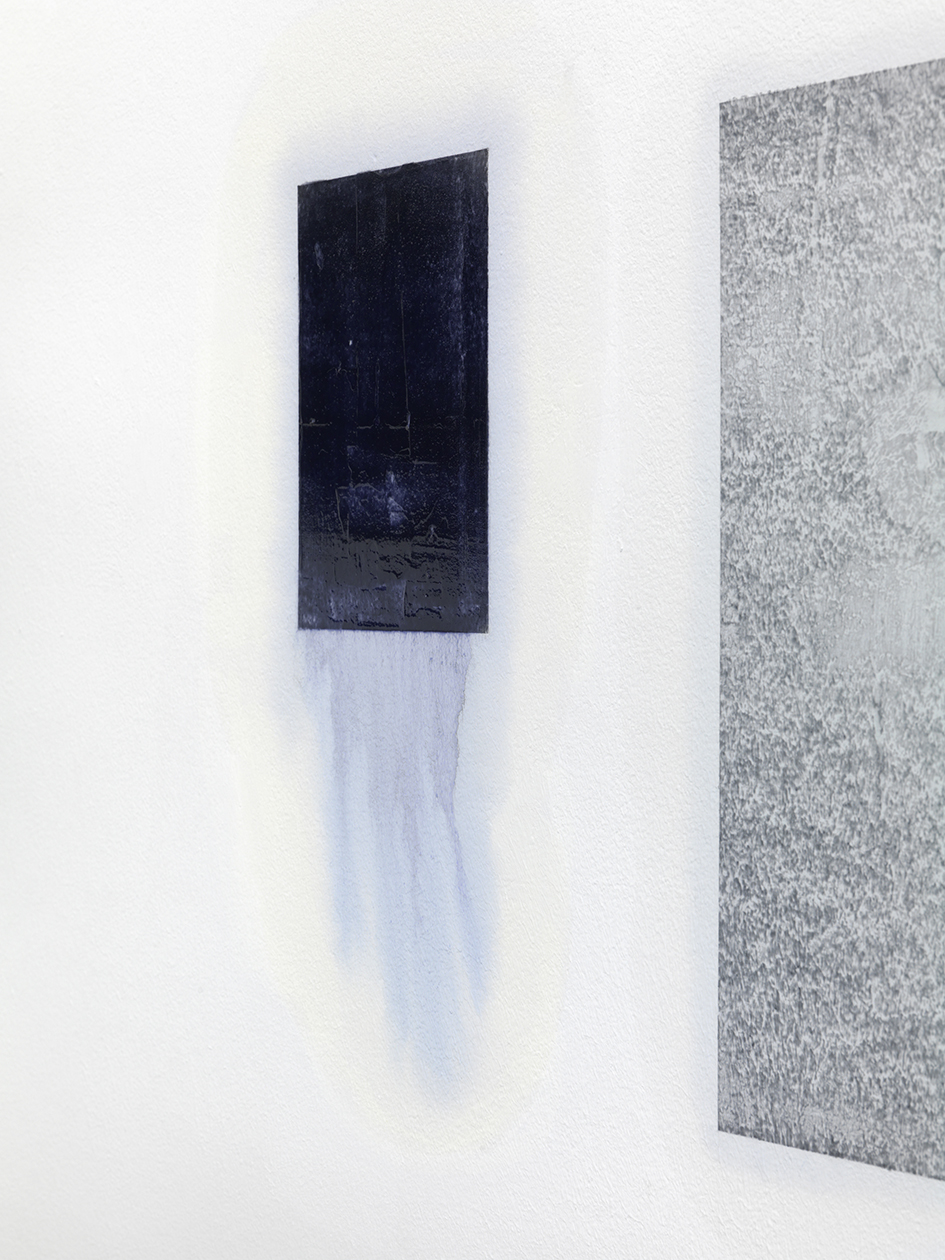 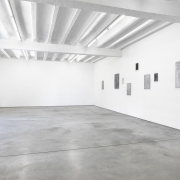 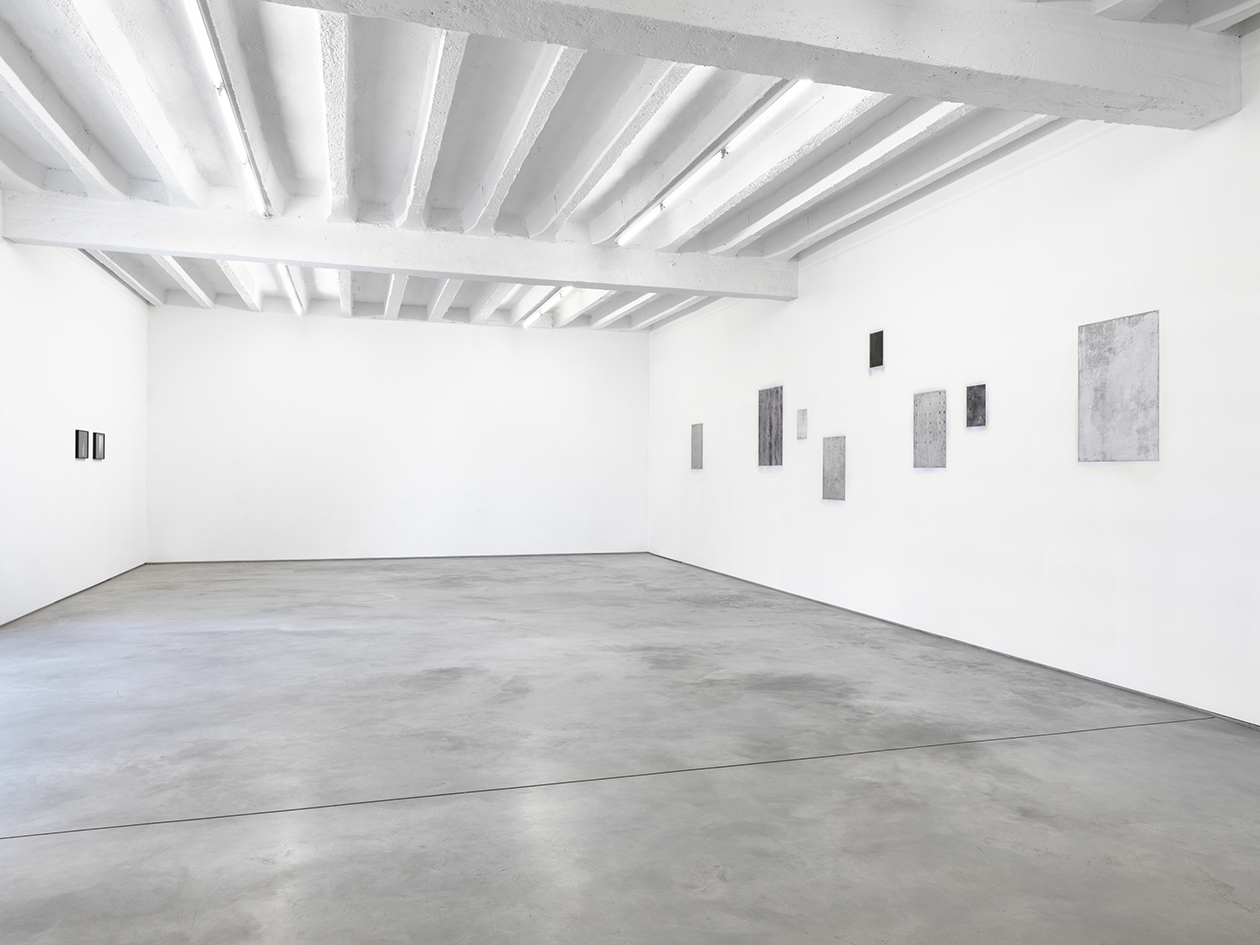 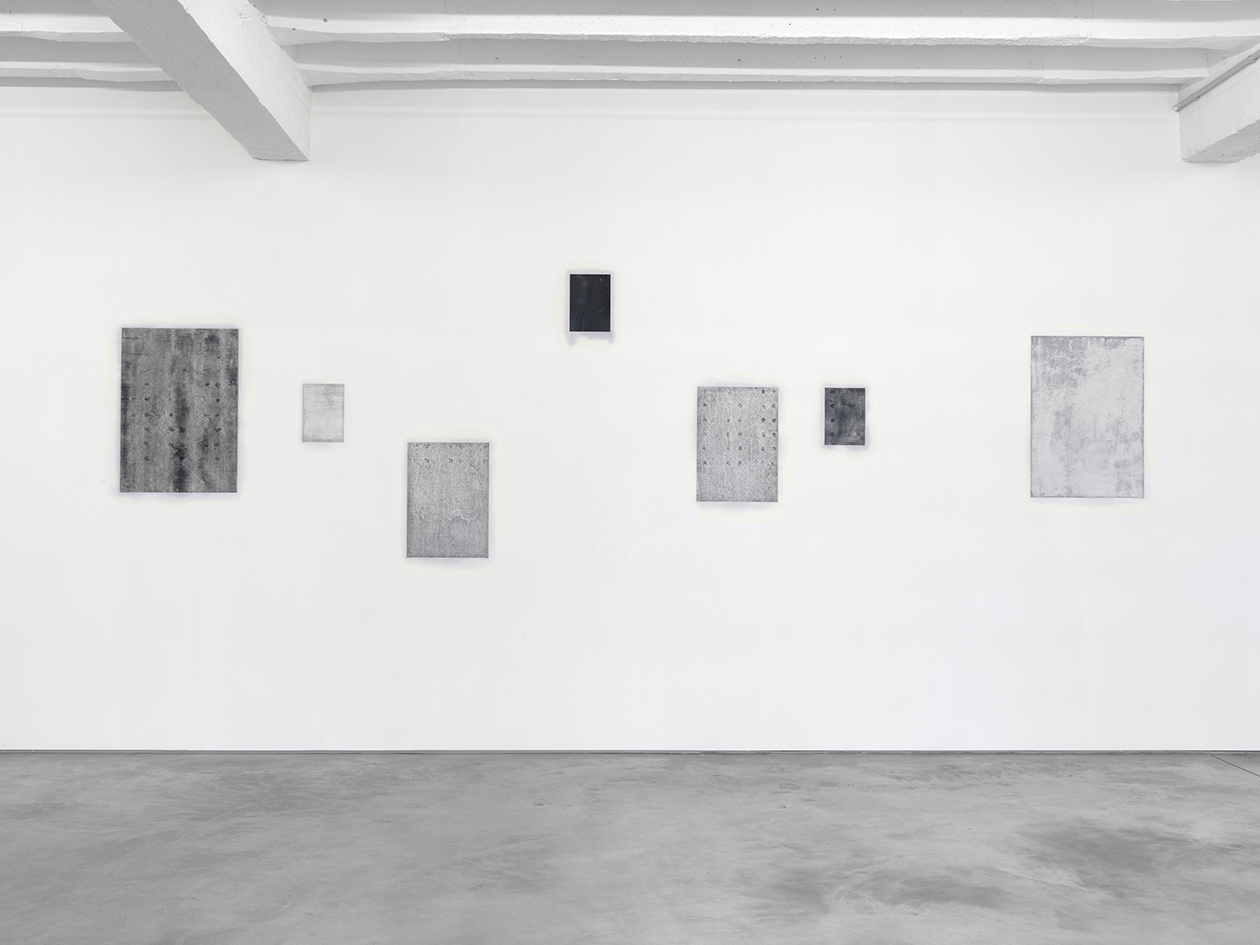 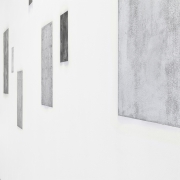 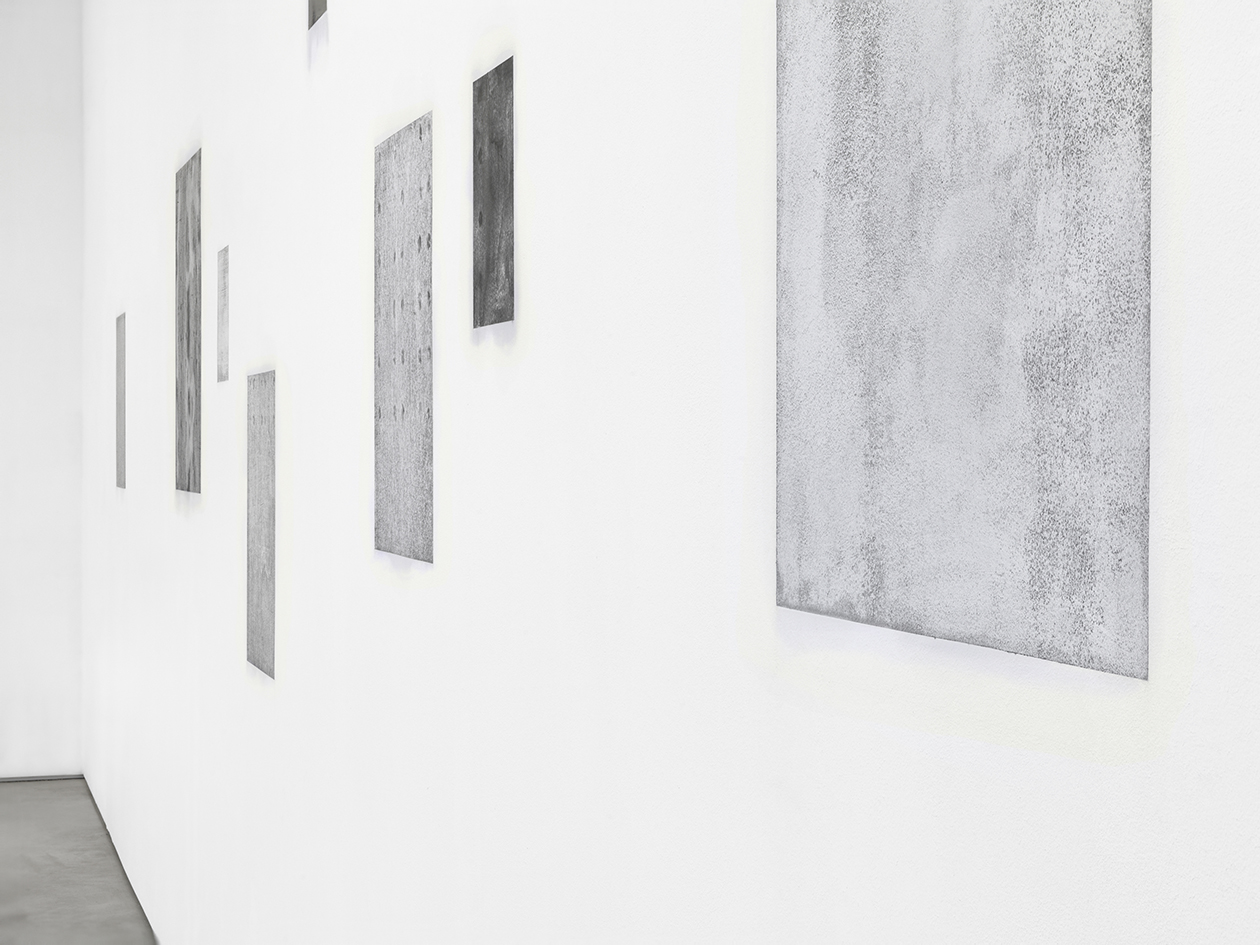 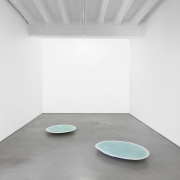 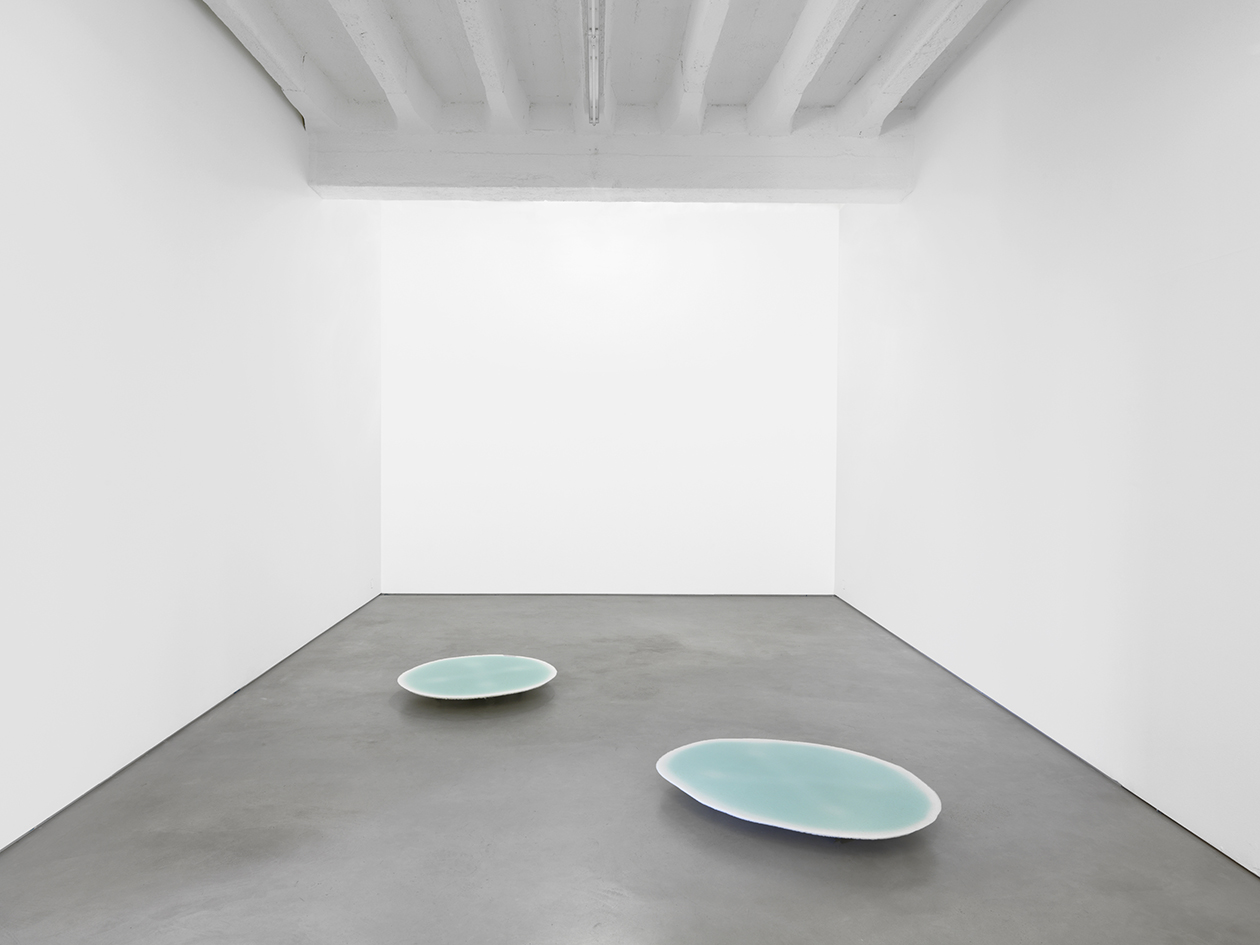