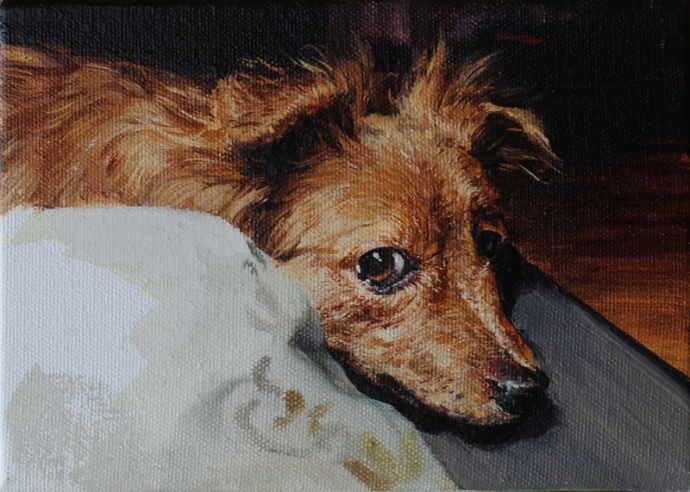 The theme of the show is based on a legend – or potentially a true story – that has been in my family for centuries. They were a noble family with a palace and a lot of land in the eastern part of Poland (now Ukraine). That region is famous for witch hunting and the burning of women accused of witchcraft.

So the legend goes that one of my ancestors had some kind of argument with a local shaman woman (potentially an affair, but who knows?). As a result she and her fellow witches cast a spell on animals on my ancestor’s farm. The cow would produce sour milk and the goats started attacking people. My great-grandfather did not want to back down and the argument became worse and worse. As a result a kind of witch called Szeptucha –“Whisperer“ (they do still exist in Poland, but they are mostly considered to be good witches, doing white magic and helping people) – put a spell on a child of my great grandfather. The child stared to get weak and was on the edge of death. The only thing that helped was a visit to a castle sanctuary – and a Catholic bishop broke the spell. The witch was angry and she and her fellow witches set the castle on fire and it burnt to the ground. My family had to rebuild it, but it never returned to its former greatness.

After that the witch disappeared, although it is unclear if she was followed and kept in prison or even burned on a stake. Nobody talks about it.

In old Poland it was a very popular belief that witches would steal babies, or, if not given money, cast various spells on a person. Babies had to wear blue ribbons around their wrists to be protected from a so called „evil eye“. The last witch burning in Poland was at the end of 19th century.

Witches were called Baba Jaga, or Szeptucha. Usually they were portrayed as old, ugly ladies, often with no teeth, or on the contrary, with metal teeth, living in a secluded part of a village, often close to swamp or forest. They could fly on a broom and the devil was their lover and master. Sometimes, however, they could transform themselves into young, pretty women.

In my paintings I show them like this, whispering bad spells to animals, casting spells and burning down castles. Some people believed they had wolves or even werewolves as their servants. That is also in one of the paintings. In the show you can see petrified animals in an old stable.

To achieve that effect I took a photo in a barn near Kraków in the middle of very cold winter. The smell of animals and the warmth of their bodies was an incredible experience. Stylistically, the paintings refer to old masters with a lot of contrasting light and shadow. 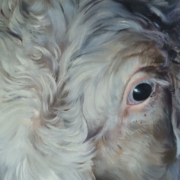 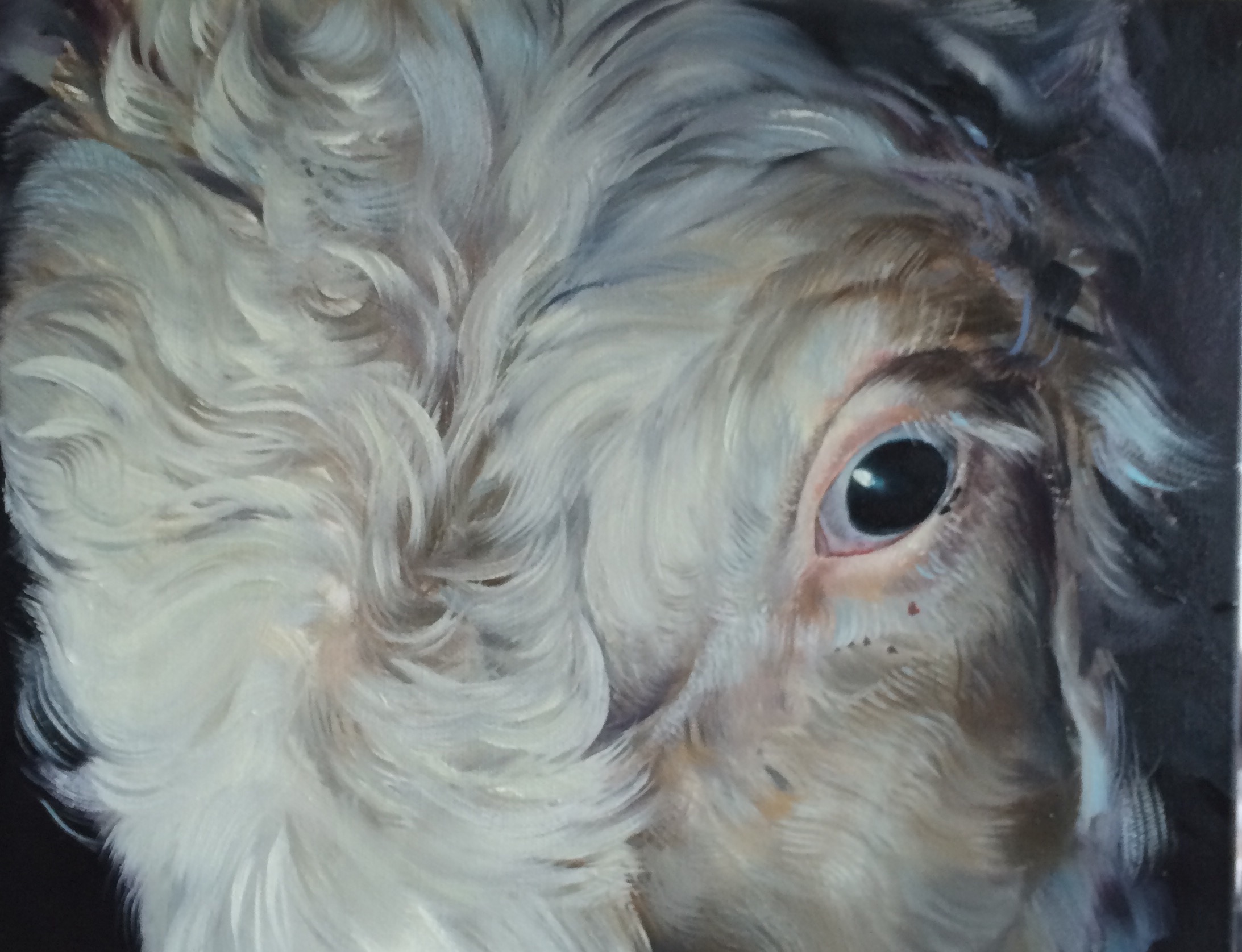 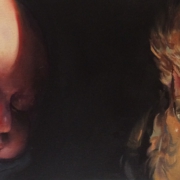 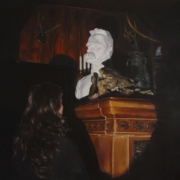 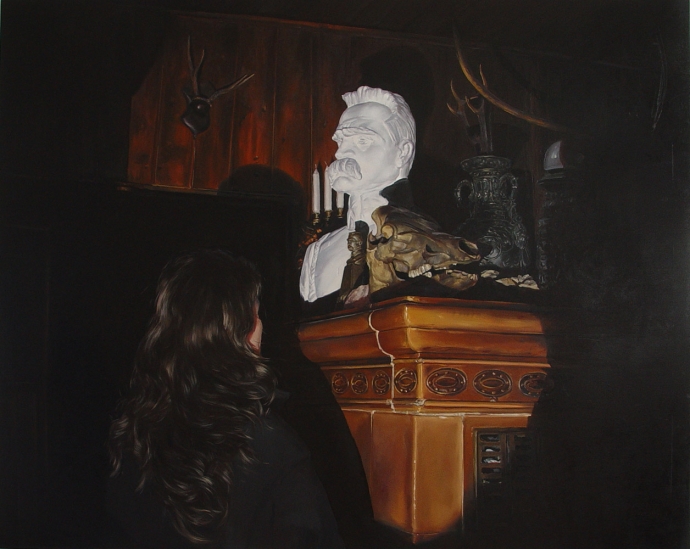 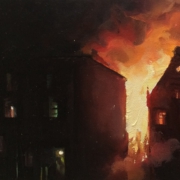 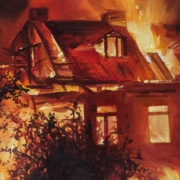 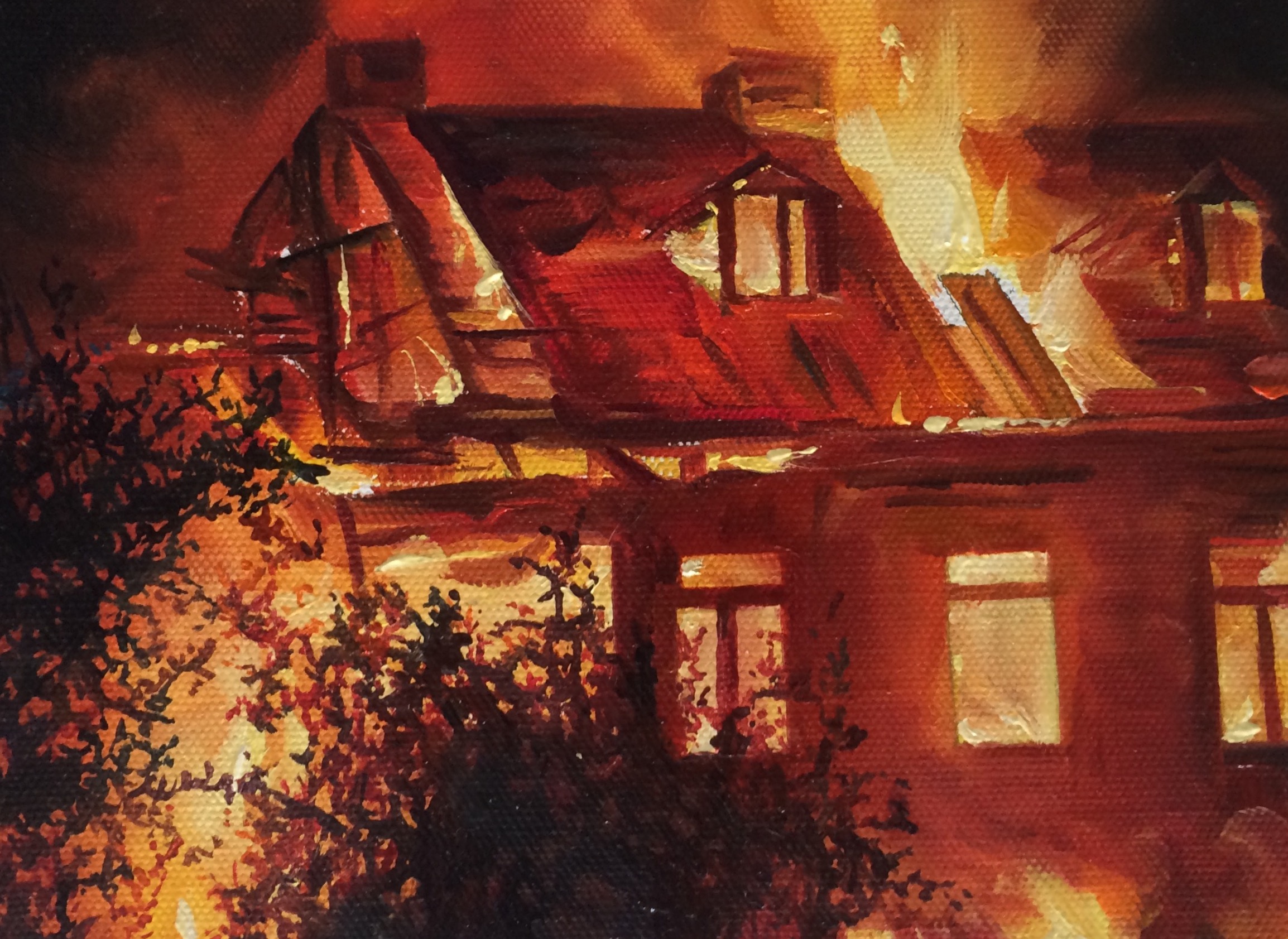