Trenkler’s most recent works are shaped by intensive sensory impressions, bold contrasts between light and dark, and the effects created by off-colours that are both exhilarating and irritating at the same time. As if caused by a garish overexposure, the flow of light and the colours in his paintings slowly begin to change and dance for the viewer. The reflections of light modify the colour spectrum, evoking new colour mixes that alienate the real image.

Trenkler thus transforms seemingly inconspicuous minor incidents into magical moments. Through pictorial cross-fading, the sun changes the surroundings, bleaches them or enhances the chromaticity of all things. Nocturnal light and shadow are likewise incorporated. There is flickering and fluttering, for instance, in the calm of the evening, as a lioness approaches the lights of a village, soft and elegant. Elsewhere in the wide open plains, we see a mule – tired and tranquil, apparently waiting for its rider.

Many of Trenkler’s works depict the effects of light and shadow on architecture, nature and water reflections. Yet “Swinging Planet”, the title of the exhibition also allows scope for further associations. In the iridescent chromaticity, Trenkler alludes to the question of universal cosmic harmony and to a possible “connection between the means of knowledge of man and the nature of the things themselves”, as Johannes Kepler called it.

Leif Trenkler was one of the first representatives of New Figuration in Germany and he influenced this contemporary art movement with his characteristic style. Trenkler’s realistic paintings resemble snapshots, while the often garish atmosphere of his works develops its very own sensorial stimuli – as if one could almost smell the plants in the evening or the freshly cut grass in the early afternoon.

It is narrative moments that the artist captures in his works. The protagonists of his scenes are embedded in the public sphere, the surrounding architecture and nature, but they are often arranged in the middle or background of the pictures or even partly as rear-view figures, making them appear strangely foreign and distanced. Other works are entirely void of images. The brush stroke is hardly recognisable and the colours are precisely chosen, which create intensive colour gradients and a self-contained dramaturgical composition.

The viewer’s sense of orientation is inevitably affected in the face of Leif Trenkler’s works. They expose spaces for new experiences and thematically address pure visibility. Yet the artist consciously leaves the question unresolved as to what is fiction and what is reality – similar to Baron Münchhausen, who speaks of his trip to the moon: “Do you remember how I had to climb up to the moon to retrieve my silver axe? Well, at a later time, I had another opportunity to visit the moon, although it was under much more pleasant circumstances.” 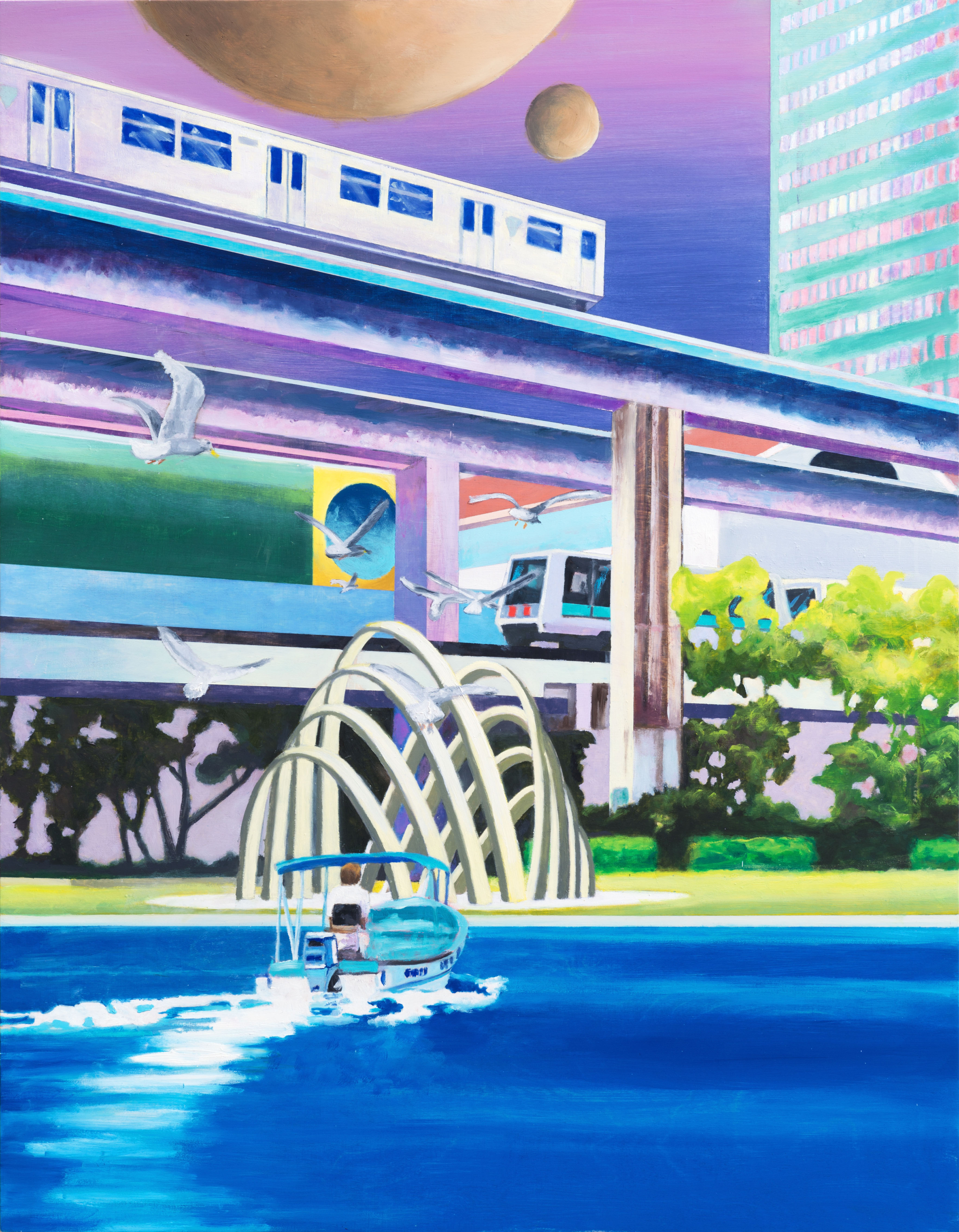 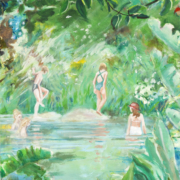 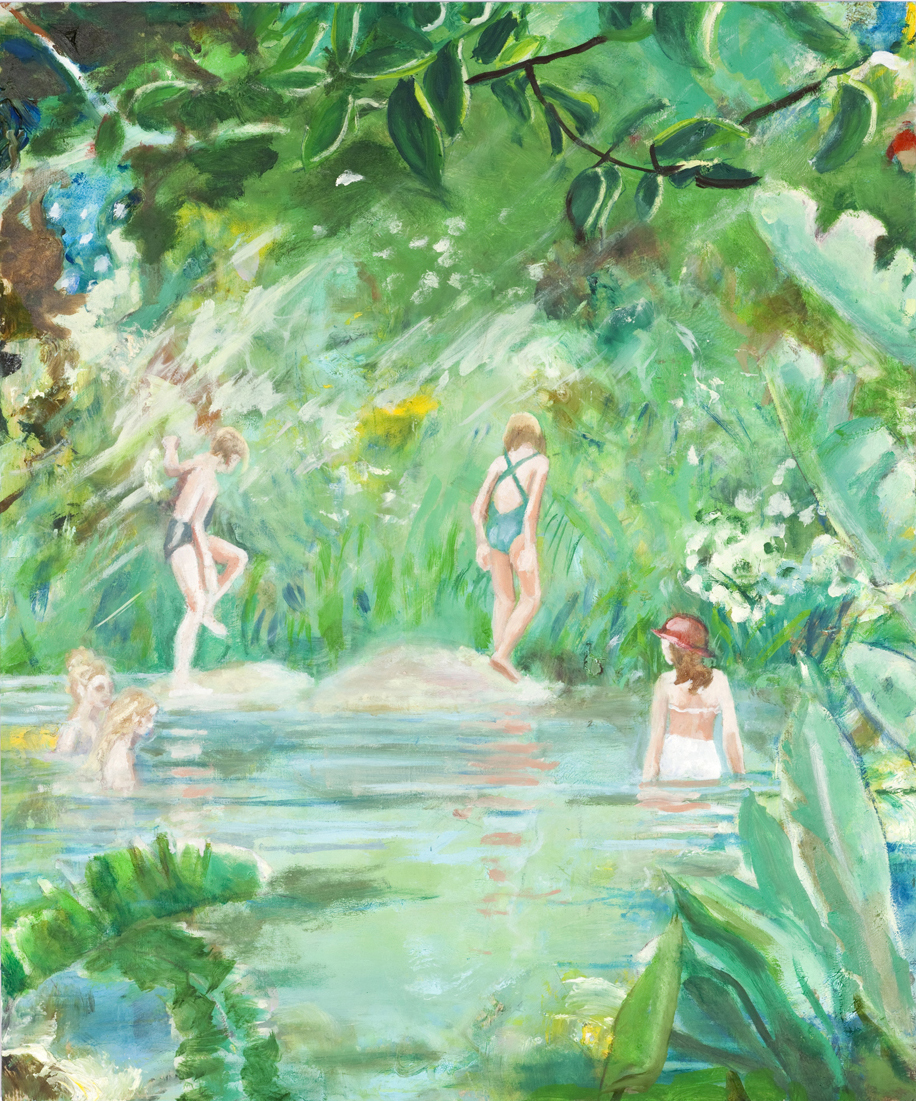 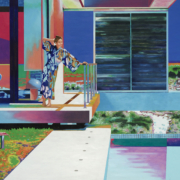 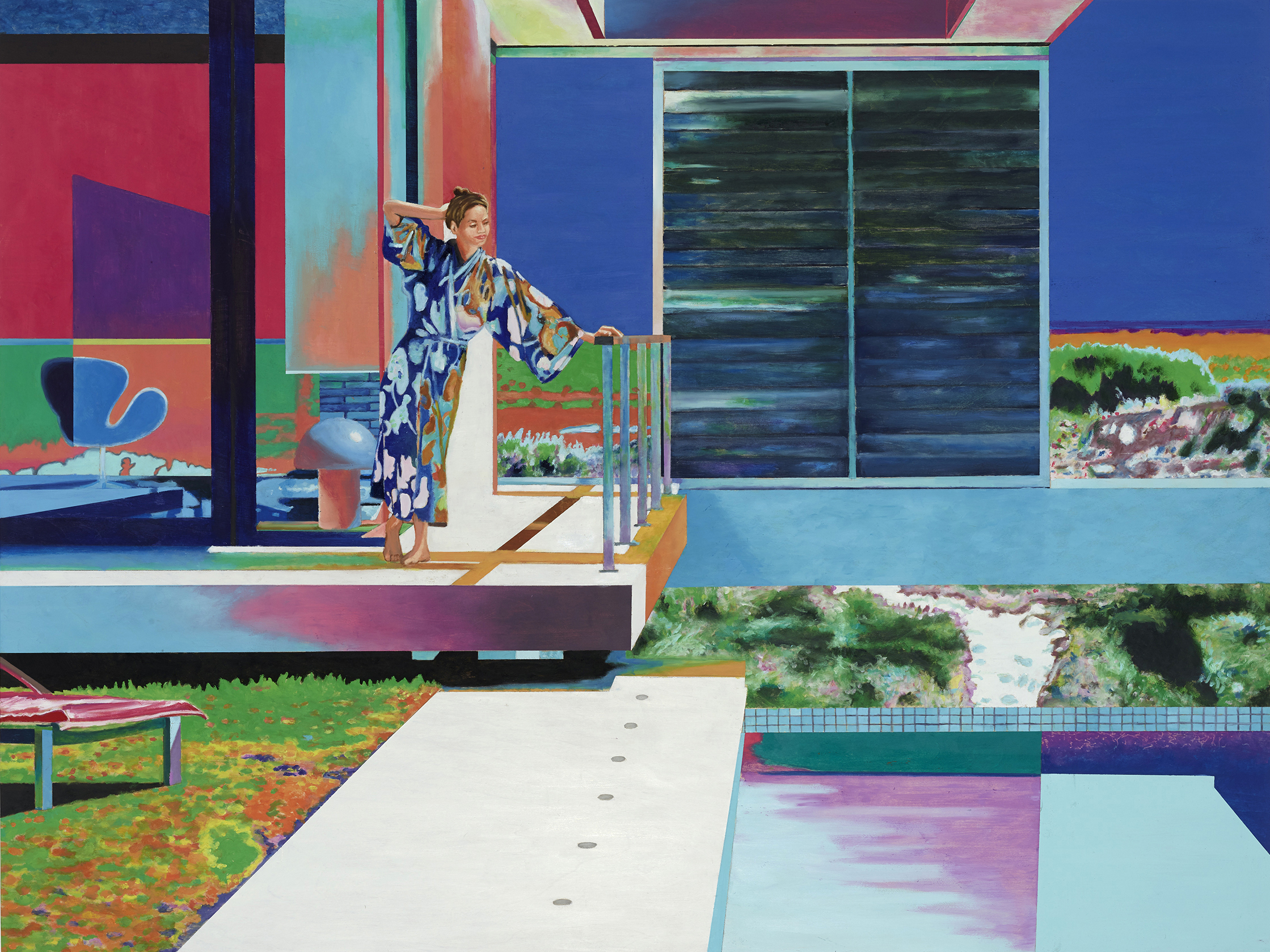 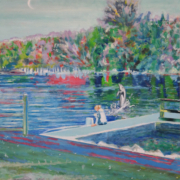 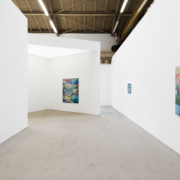 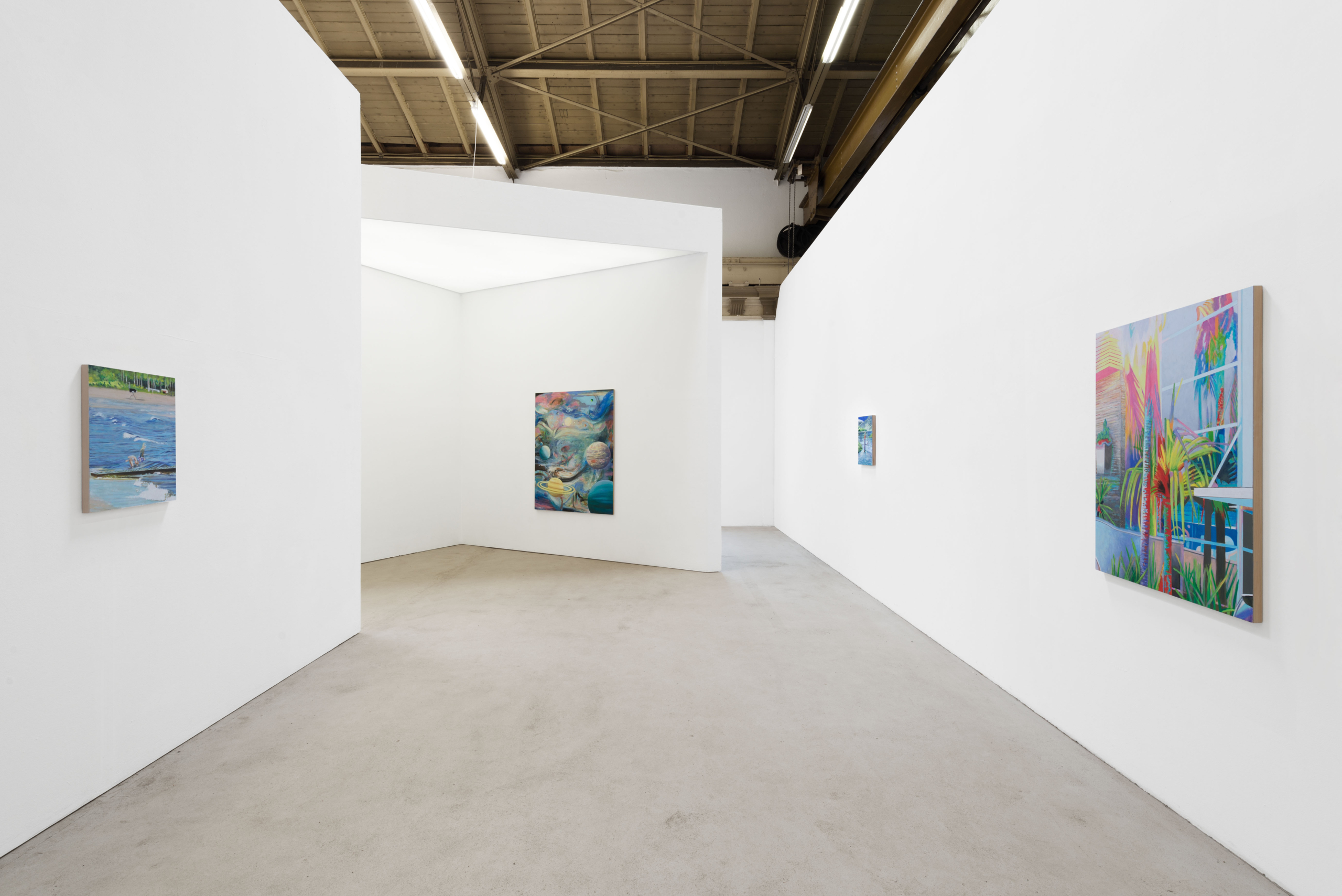 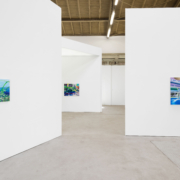 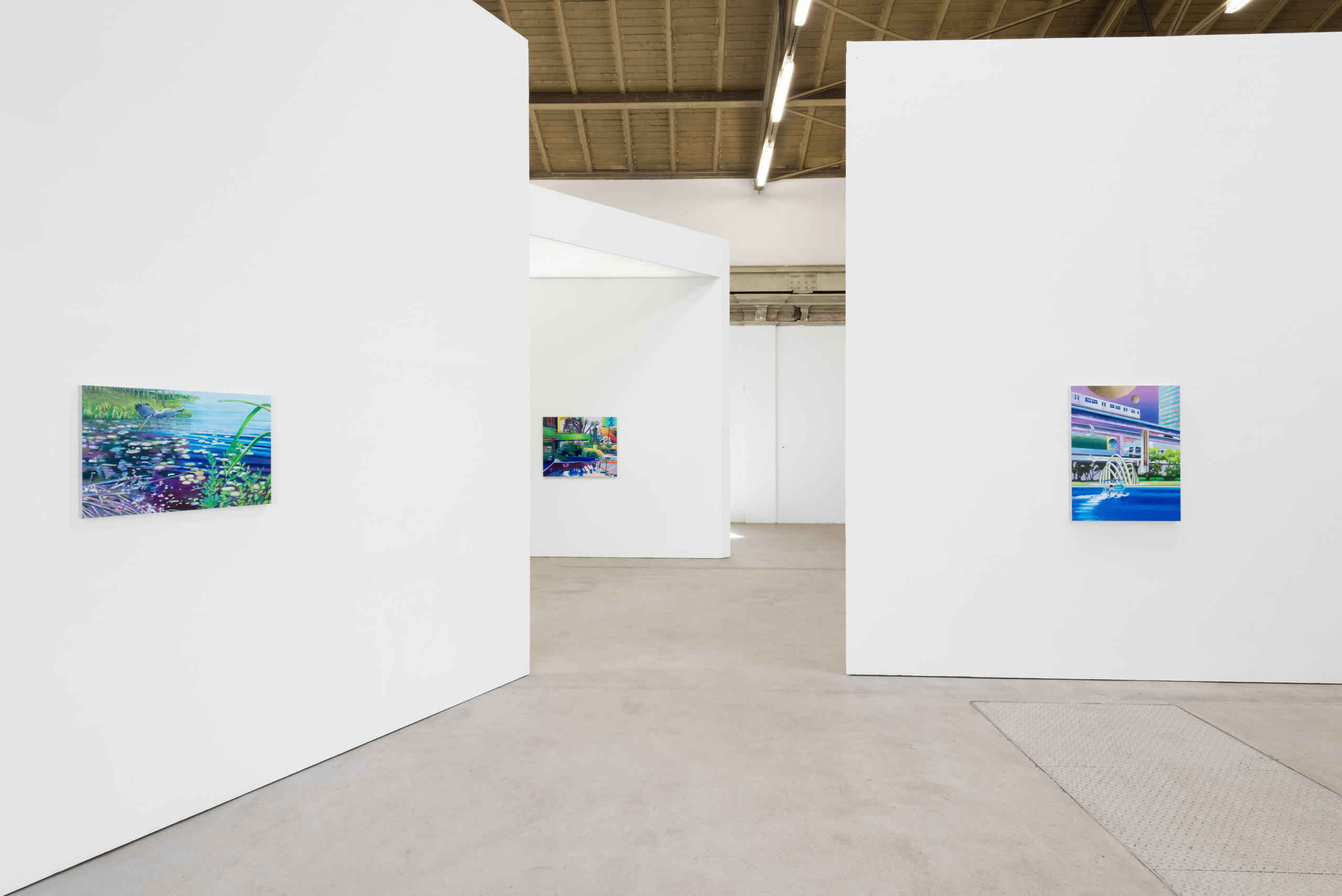 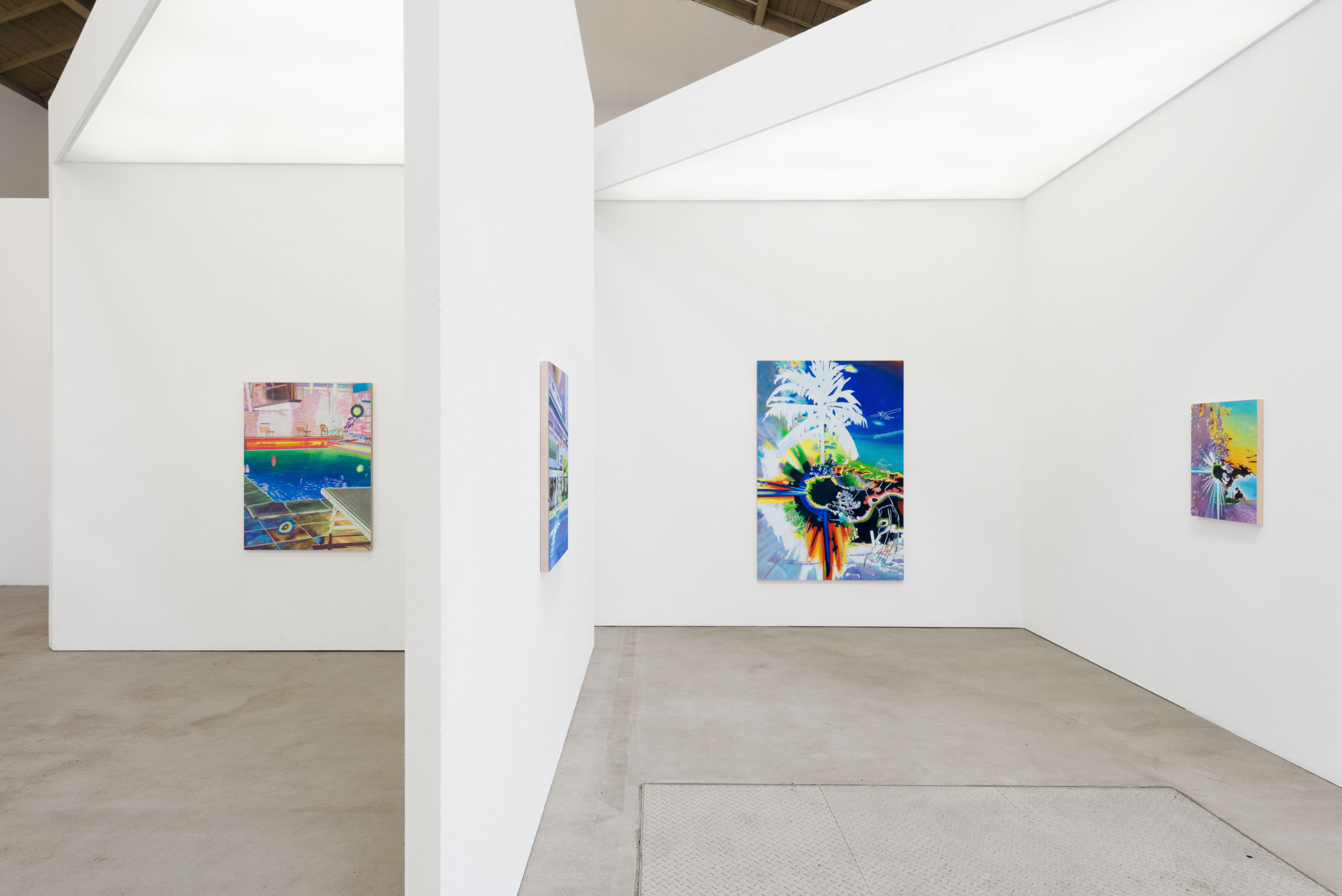 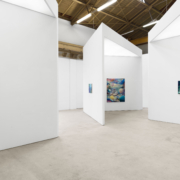 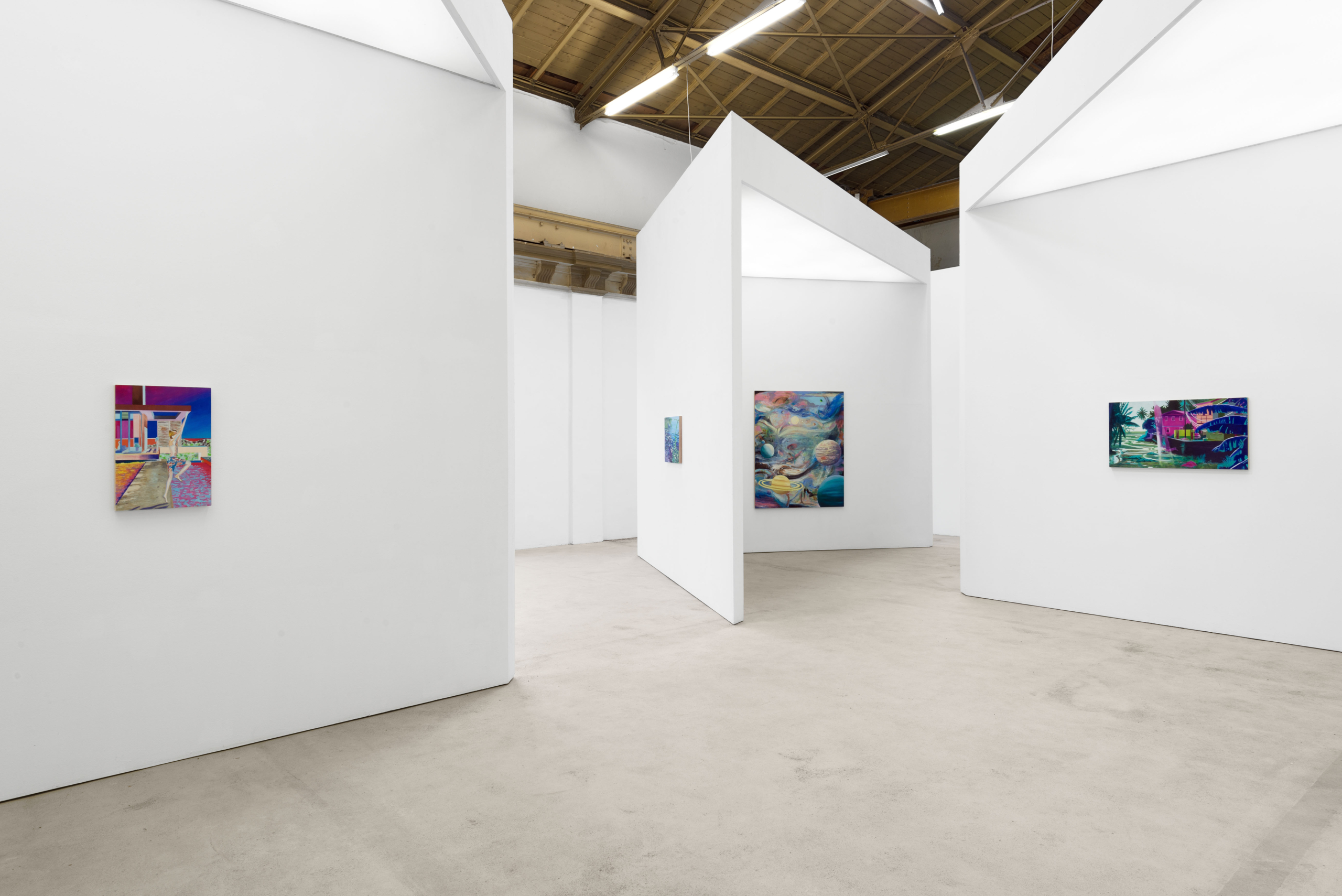